Townsend will host two film screenings March 8-9, as part of a two-day tour for the CHOICE Cinema Series: In the Footsteps of Gordon Parks kick-off this weekend.

The new series features “iconic works of Black filmmakers, who like Parks, chose the camera to tell the stories of the Black experience,” said Robin Hickman, Parks’ grand-niece and founder/director of the In The Footsteps of Gordon Parks Legacy Movement, in a recent press release.

“This is the place he chose his weapon of camera to fight against poverty, violence, and racism,” Hickman told the MSR. 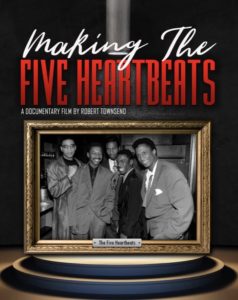 Screenings and curated events will serve as a bridge between the Twin Cities community and noteworthy artists and media-makers who drew inspiration from Parks’ legacy of capturing humanity and the Black presence within.

Of those inspired, Townsend acknowledged Parks as “The Legend” in the closing credits of his now 30-year-old classic film.

During the tour, Townsend will also walk in Parks’ footsteps: staying at the St. Paul Hotel where he filmed, speaking with Black students at St. Paul Central High School (where Parks attended) as well as with scholars at Gordon Parks High School.

CHOICE Cinema Series: In the Footsteps of Gordon Parks is produced by Hickman, who is also CEO/Executive Producer of SoulTouch Productions, in partnership with FilmNorth, Twin Cities Radio Network, and St. Paul Neighborhood Network.