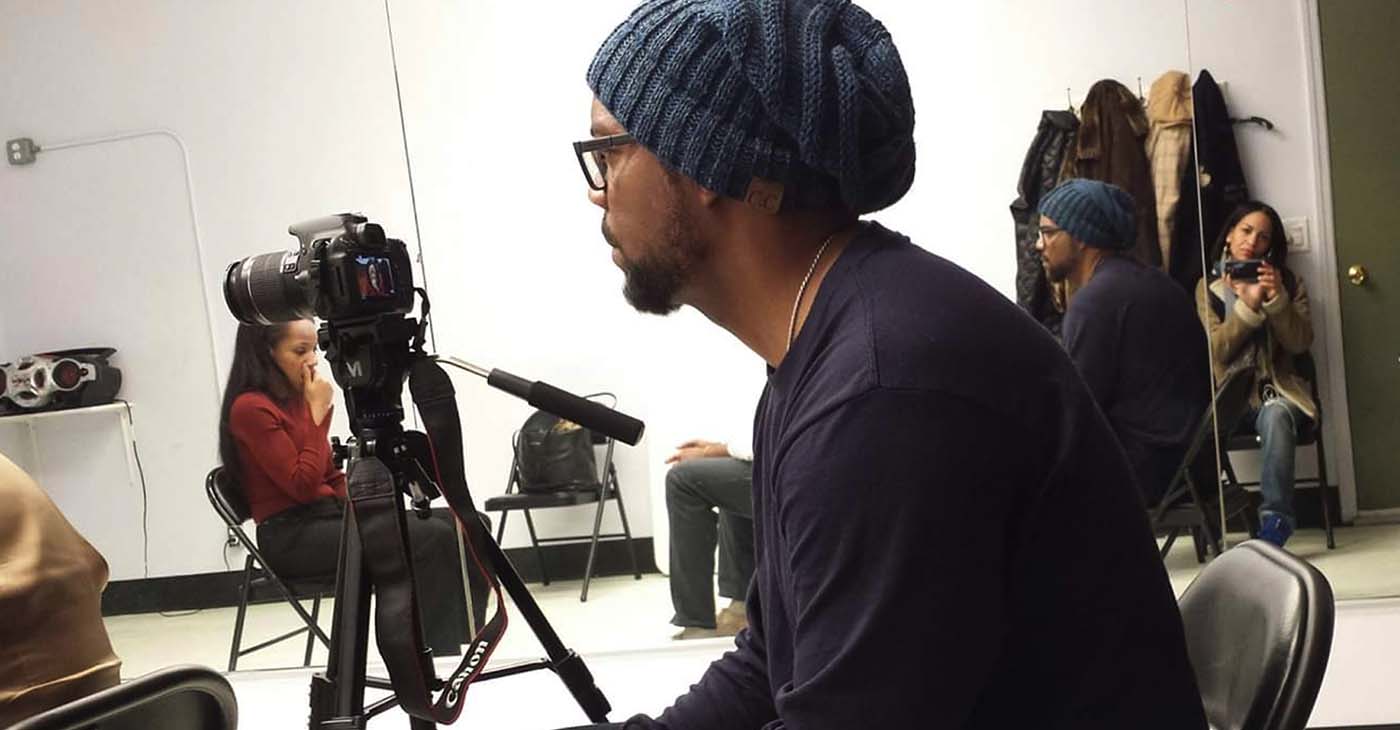 If the only thing that comes from dreamers are dreams, a winner-take-all talent show promises to make some luck person realize their own aspirations.

Actor and filmmaker Shiek Mahmud-Bey and his 25th Frame Films company are hosting an “Own the Stage,” talent competition in New York where hip-hop artists, singers, actors and spoken word actors will face off to win cash, an acting class with Char’Actors Studios, and a role in an upcoming feature film.

The Char’Actors is a company of artists dedicated to the craft of acting and filmmaking.

Headed by Mahmud-Bey; its vice president Katja Stewart; and writer Nefertiti Warren, Char’Actors’ mission is to build each member individually and collectively with an objective of advancing careers of those in the fields of acting, writing and producing.

The talent competition is just one of many avenues used to present opportunities to new talent, according to company officials.

Thompson earned a basketball scholarship which allowed him to explore his opportunities outside of the environment he knew.

Quickly becoming the funny man on campus, his reputation earned him a host position for the college talent night and other school functions.

He’s performed at the Apollo Theater and Madison Square Garden in New York among other venues.

During the early 1990’s, Gifford started his career in front of the camera on MTV’s hit show, The Grind. Then, after a few independent acting roles, he focused his sights on developing a career behind the camera, landing his first gig as a writer on the MTV show, You Write It You Watch It.

In 2008, after years in the field of television, Gifford decided it was time to try his hand in film and, to date, he’s worked on some of Hollywood’s biggest films alongside A-list talent.

Among the superstars he’s shared the screen with are Will Smith, Charlize Theron, Uma Thurman and Jodie Foster.

“We are pleased to welcome Ankh Ra as one of the judges as well as Omar Thompson and Kenneth Gifford,” said Mahmud-Bey, whose roles have included “They Way Out,” “Night Falls on Manhattan,” and “The Profiler.”

He noted that the Char’Actors are about to launch a Go Fund me campaign to help pay for its new web series, “Interface.”

The talent competition is the idea of Stewart, who wrote “Unrequited Love,” a film that’s currently in post-production about two sisters torn apart by fighting for the love of their father.

One of the sisters leave home after her mother dies but returns for the funeral to find out that her sister has fallen in love with the father and has a child by him.

The plot takes on many twists and ultimately should draw viewers’ attention with every riveting episode.

For more information about the competition, which is open to all, or to register click here.

COMMENTARY: The Black Women Jailed for ‘Stealing’ an Education