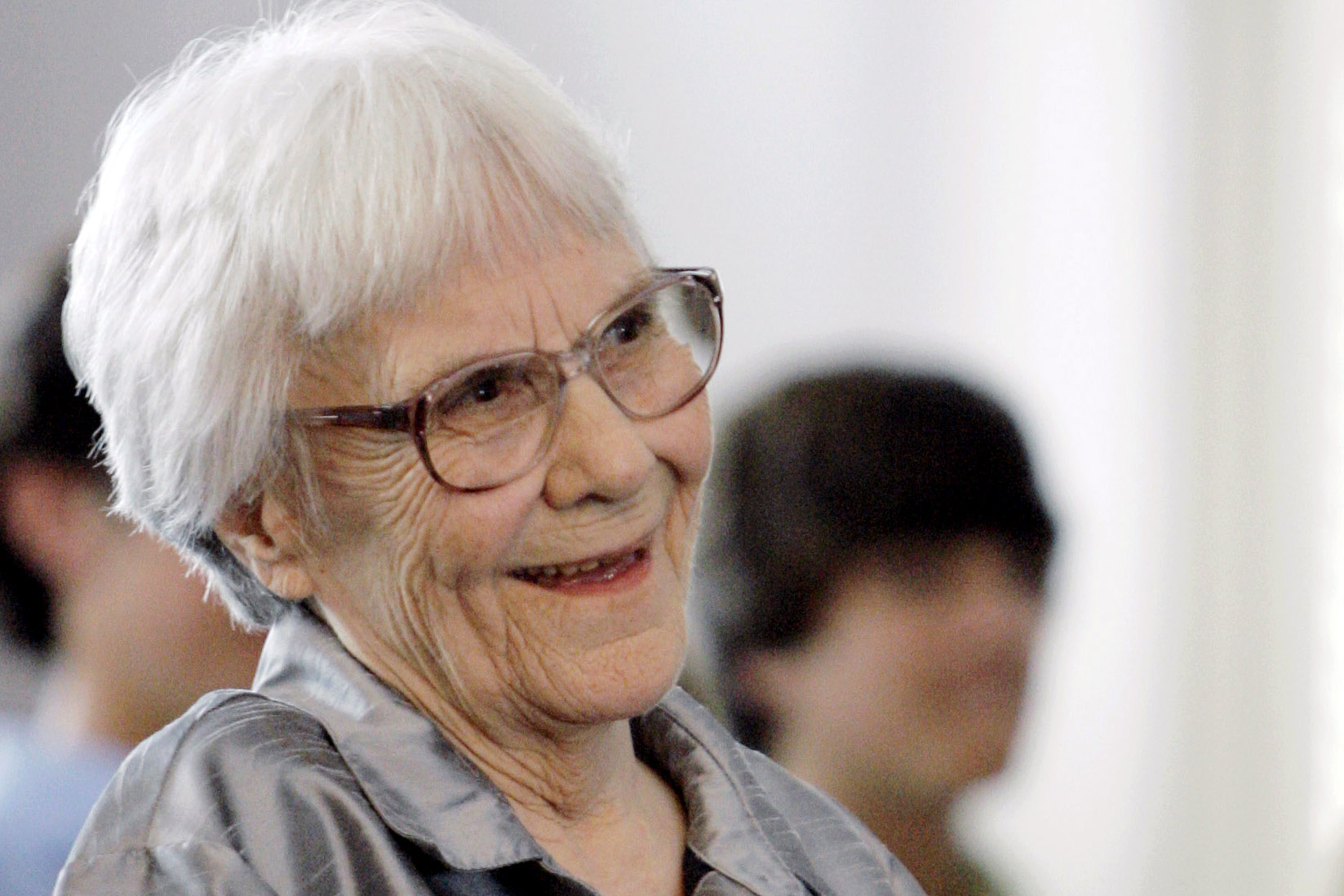 In this Aug. 20, 2007 file photo, “To Kill A Mockingbird” author Harper Lee smiles during a ceremony honoring the four new members of the Alabama Academy of Honor, at the state Capitol in Montgomery, Ala. The ascendance of Tonja Carter, who worked in Lee’s older sister Alice Lees law office before going to the University of Alabama law school, graduating in 2006 and becoming her partner, brought more aggressive legal tactics on Harper Lee’s behalf. (AP Photo/Rob Carr)

(New York Times) – We remember Atticus Finch in Harper Lee’s 1960 classic, “To Kill a Mockingbird,” as that novel’s moral conscience: kind, wise, honorable, an avatar of integrity who used his gifts as a lawyer to defend a black man falsely accused of raping a white woman in a small Alabama town filled with prejudice and hatred in the 1930s. As indelibly played by Gregory Peck in the 1962 movie, he was the perfect man — the ideal father and a principled idealist, an enlightened, almost saintly believer in justice and fairness. In real life, people named their children after Atticus. People went to law school and became lawyers because of Atticus.

Shockingly, in Ms. Lee’s long-awaited novel, “Go Set a Watchman” (due out Tuesday), Atticus is a racist who once attended a Klan meeting, who says things like “The Negroes down here are still in their childhood as a people.” Or asks his daughter: “Do you want Negroes by the carload in our schools and churches and theaters? Do you want them in our world?”

In “Mockingbird,” a book once described by Oprah Winfrey as “our national novel,” Atticus praised American courts as “the great levelers,” dedicated to the proposition that “all men are created equal.” In “Watchman,” set in the 1950s in the era of the Brown v. Board of Education decision, he denounces the Supreme Court, says he wants his home state “to be left alone to keep house without advice from the N.A.A.C.P.” and describes N.A.A.C.P.-paid lawyers as “standing around like buzzards.”