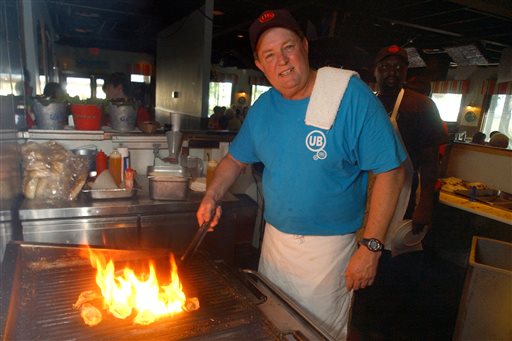 SAVANNAH, Ga. (AP) — A wildly popular Georgia restaurant at the center of a lawsuit that left the reputation of famed Southern celebrity cook Paula Deen in shambles has reportedly closed.

Deen’s brother, restaurant operator Bubba Hiers, decided to shut the eatery’s doors “in order to explore development options for the waterfront property on which the restaurant is located,” the reports said, quoting a statement from the Key Group public relations and marketing company. “At this point, no specific plans have been announced,” the statement said.

The closure was effective as of Thursday, and employees will be provided with severance pay and assistance looking for new jobs, the statement said.

Deen co-owned the restaurant with Hiers, who oversaw daily operations. Former employee Lisa Jackson sued them both in 2012, saying she worked in an environment rife with racial slurs and sexual innuendo during her five years as manager of the restaurant.

The case got little attention outside Savannah until Deen herself was questioned under oath in a legal deposition. A transcript filed with the court the following month showed Deen acknowledged using racial slurs in the past. When an attorney asked if she had ever used the N-word, Deen replied: “Yes, of course.” She also added, “It’s been a very long time.”

Within a few days, the Food Network said it would not renew Deen’s contract and yanked her shows off the air. Smithfield Foods, the pork producer that paid Deen as a celebrity endorser, dropped her soon after. Retailers including Wal-Mart and Target said they would no longer sell Deen’s products, and publisher Ballantine scuttled plans for a cookbook even though it was the No. 1 seller on Amazon.

A federal judge dismissed the lawsuit last year after lawyers reached a deal.

This year, Deen has attempted to make a comeback, staging public cooking demonstrations and announcing plans for a new restaurant in Tennessee.

In February she announced that private investment firm Najafi Companies was investing $75 million to $100 million to help her bounce back, and that as part of the deal, she was launching an umbrella company, Paula Deen Ventures, to oversee her restaurants, cookbooks and product endorsements.