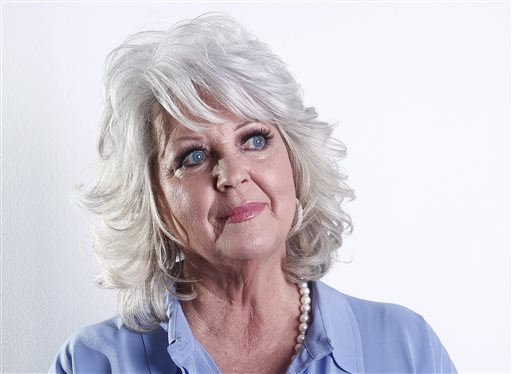 In this Jan. 17, 2012 file photo, celebrity chef Paula Deen poses for a portrait in New York. Paula Deen Ventures, a new company formed to help launch a comeback for Deen, on Wednesday, June 11, 2014, announced plans for the creation of the Paula Deen Network. The paid subscription-based network is set to launch in September and will be accessible by computer, smartphone or tablet. (AP Photo/Carlo Allegri, File)

Paula Deen Ventures, a new company formed to help launch a comeback for Deen, announced plans Wednesday for the creation of the Paula Deen Network. The paid subscription-based network is set to launch in September and will be accessible by computer, smartphone or tablet.

The network will feature daily programming in an unscripted format with new recipes, episodes and cooking tools.

“We’re going to have so much fun being together and cooking up some wonderful new and classic dishes,” Deen said in a news release. “Y’all can get my recipes, tips and cooking anytime you want — this is for you. I can’t wait to crank up the oven and get cooking for the people I love: my family, my friends and my fans!”

Production for the network began last month at a new studio in Savannah that has been designed to look like the set of her first television show, “Paula’s Home Cooking.” The set was built to accommodate a live studio audience, and guest appearances are planned.

The announcement of the digital network is the latest step in a comeback strategy Deen kicked off in February when she announced a deal with the Najafi Companies, an Arizona-based private investment firm that’s putting millions into rebooting her public career.

Wednesday’s announcement comes about a year after a sworn statement by Deen that she had used racial slurs in the past became public. The Food Network and other corporate sponsors soon parted company with Deen. Her offending comments surfaced during a court deposition in a lawsuit by a former employee making harassment and discrimination claims against Deen and her brother, Bubba Hiers. The suit was settled in August.

Deen is currently on a cross-country tour with her 90-minute “Paula Deen Live!” show that features a mix of cooking demonstrations, games with audience members and personal stories. The shows in Pigeon Forge, Tennessee, on June 21 and 22 will feature a preview of the Paula Deen Network.

In addition to the dishes Deen is known for, she’ll also include healthy and budget-friendly meals. The programming for the digital network will include both short-form and long-form content, including shows like “20-Minute Meals,” ”Paula Cooking Light” and “One Dish, Three Ways.”

Officials Look at Role of Commute in Morgan Crash