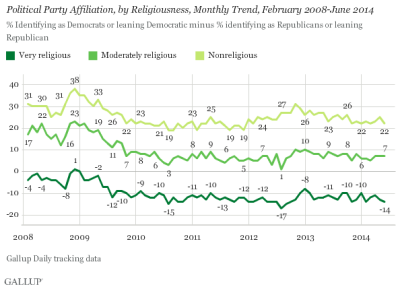 PRINCETON, NJ — Even as overall party identification trends in the U.S. have shifted over the past six and half years, the relationship between religion and party identification has remained consistent. Very religious Americans are more likely to identify with or lean toward the Republican Party and less frequently identify with or lean toward the Democratic Party, compared with those who are moderately or nonreligious.

Is Religion Good for Children?