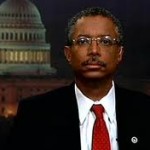 WASHINGTON (NNPA) – Black workers are 19 percent more likely to join unions than non-Black workers, according to a recent study.

The study titled, “Blacks in Unions: 2012,” published by the Center for Labor Research and Education at the University of California at Berkeley reported that the jumps to 42 percent when the researchers examined labor unions in the country’s largest cities.

For economists familiar with the history of labor unions, the results of the study came as no surprise.

“The only time we kind of think about it is when we commemorate when Dr. King was assassinated and everybody says ‘Oh yeah, he was helping to organize sanitation workers in Memphis,’” said William Spriggs, chief economist for the AFL-CIO. “It’s kind of collective amnesia for Blacks not to recognize the contributions of Blacks in the labor movement.”

As the report noted, Dr. Martin Luther King, Jr. was assassinated 45 years ago in Memphis, Tenn., as he backed the efforts of Black sanitation workers to organize non-violent protests for better treatment, an increase in wages, and the right to unionize. The ability for workers to unionize for equality on the job was central to King’s vision of what the civil rights movement was about.

Steven Pitts, labor economist and researcher at the Center for Labor Research and Education, said that it’s important to remember that the full name of the “March on Washington” was the “March on Washington for Jobs and Freedom.” He said that King’s iconic “I have a dream” speech often overshadows the work of Black labor leaders such as A. Phillip Randolph, who helped organize the march and one of the first Black labor unions for sleeping car porters on trains.

Pitts said that unions reduce the capacity of managers to discriminate based on race.

“You can’t be talked to like a dog and you can’t be abused, because of certain rights that are there, so procedures have to be followed, said Pitts. “There’s a basic sort of dignity and the basic idea of having a voice at work is very important.”

The economic benefits of unionization are just as important, often enabling Black workers to reach the middle class. According to a report on unions released by the Labor Department in January, full-time, salaried union members earned about $200 more than non-union members per week, which is more than $10,000 per year.

The differences in union membership were even more pronounced in the nation’s largest cities. In the top 10 metropolitan areas union density for Black workers was greater than 16 percent, compared to 12.4 percent for Whites and 10.7 percent for Latinos, according to the “Blacks in Unions: 2012” report.

Even as Blacks search for greater representation in unions, overall union membership has fallen to levels not seen in nearly century. According to Labor Department, only 11.3 percent of workers are in unions. In 2011, that number was 11.8 percent.

Pitts said that the decline in union membership is no accident. Public polices and stiff competition in the labor market are making it increasingly difficult for workers to organize. Local governments are privatizing work that once belonged to labor unions and private firms that work with unions like the United Food and Commercial Workers are being forced to compete with non-union firms, including Walmart and Target.

Unions aren’t getting much help from Washington, either.

“The National Labor Relations board can’t function right now, because the Republican party has refused to confirm the nominees of the president to that board, said Spriggs. “They understand, right now, that they can get away with it.”

In the face of direct attacks against unions and workers’ rights, Pitts said that unions need to find better ways to reach out and organize, especially in the Black community.

“Blacks are a major portion of the labor movement,” said Pitts. “There’s a lot of labor support there, because of the nature of Black unionization that tends to be ignored.”

Spriggs said that people have to get involved in their locals, they have to pay attention to what’s going on in their meetings, and they have to understand that a lot of those things that they take for granted didn’t come out of thin air.