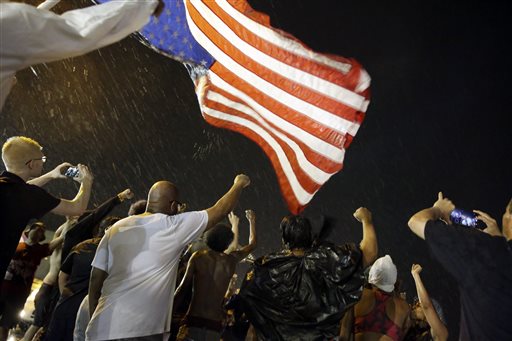 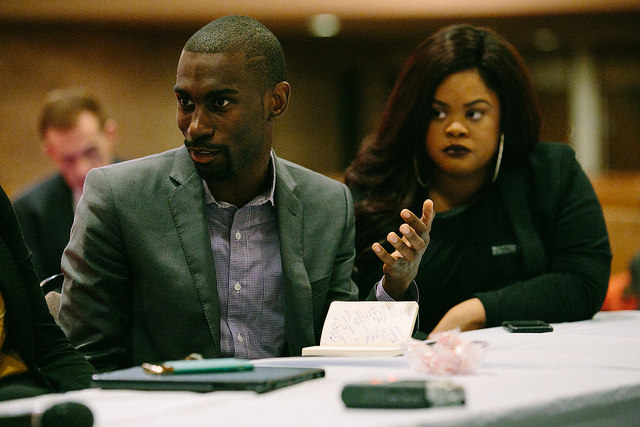 DeRay McKesson and Johnetta Elzie meet with Secretary of Education Arne Duncan in Ferguson. (U.S. Department of Education/CC BY 2.0)

(The Guardian) — Leaders in the new civil rights movement campaigning against the killings of African Americans by police set out their most comprehensive set of policies and demands so far on Friday, as they moved to intensify their rapidly increasing influence on US politics.

The coalition of protesters outlined proposals for new laws at federal and state levels such as restricting the use of deadly force by officers, outlawing the supply of military equipment to police departments, instituting training to prevent racial bias and forcing the US government to keep a comprehensive record of fatal incidents.

“We must end police violence so we can live and feel safe in this country,” the group stated on a new website, Campaign Zero, which also establishes an issue-by-issue system for monitoring the policy positions of candidates for the Democratic and Republican US presidential nominations.

The unveiling of the detailed policy platform followed a series of disruptions by protesters affiliated with the Black Lives Matter movement of presidential campaign rallies held by presidential candidates across the country, including former secretary of state Hillary Clinton. The actions have succeeded in pushing police and criminal justice reform to the forefront of the race for the Democratic nomination.