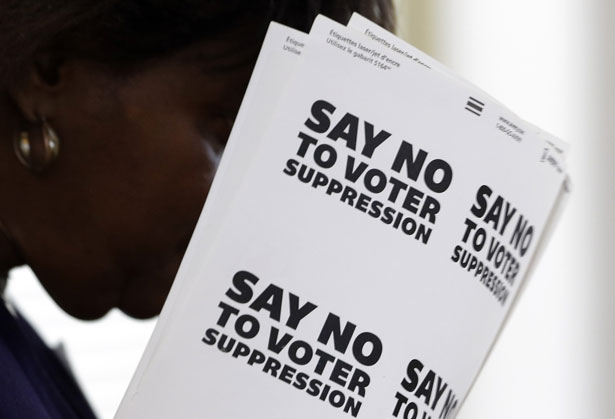 (ThinkProgress.com) — The number of Americans excluded from the political process may be even larger than previously thought. A new study released Thursday shows that at least 11 percent of the U.S. adult population is “unlisted,” meaning they are not included on voter registration lists and therefore are not targeted by get out the vote (GOTV) efforts.

The Stanford University study found that one in five African American and Hispanic citizens are unlisted and do not appear in any consumer files, compared to just 8 percent of white citizens. Unlisted Americans earn less income and are less likely to have health insurance. They are also far more likely to vote for Democratic candidates.

“We find that if unregistered and unlisted people voted at comparable rates to registered people with the same level of interest in politics, both the 2000 and 2004 Presidential elections would have been won by Democrats,” the study’s authors, Simon Jackman and Bradley Spahn, wrote.

We Used to Count Black Americans as 3/5 of a Person. For Reparations, Give Them 5/3 of a Vote.