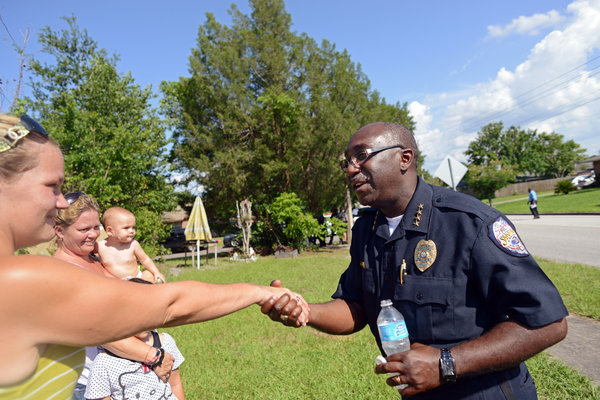 SANFORD, Fla. — Within days of becoming the police chief in this small city outside Orlando, Cecil E. Smith began to see clearly the scope of the challenges he faced.

There were grumblings within the Police Department’s ranks: at least one supervisor said he did not want to work for a black man.

Out on the streets, some black residents voiced misgivings of a different sort. Chief Smith may be black, but he is a Northerner. How could he ever understand them?

“This has been a slave town forever,” one resident said to Chief Smith in a low voice. “There are people who still feel white people are the devil. You’re not from here. You don’t understand.”

Peering through his glasses, Chief Smith locked eyes with the man, he later recalled. “Enlighten me,” he said, “so I can enlighten my people.”

A Fathers Reflection: One on One with Tracy Martin, Father of Slain Florida Teen Trayvon Martin