Poised for a Takeover: The Rise of Black & Sexy TV
Advertisement 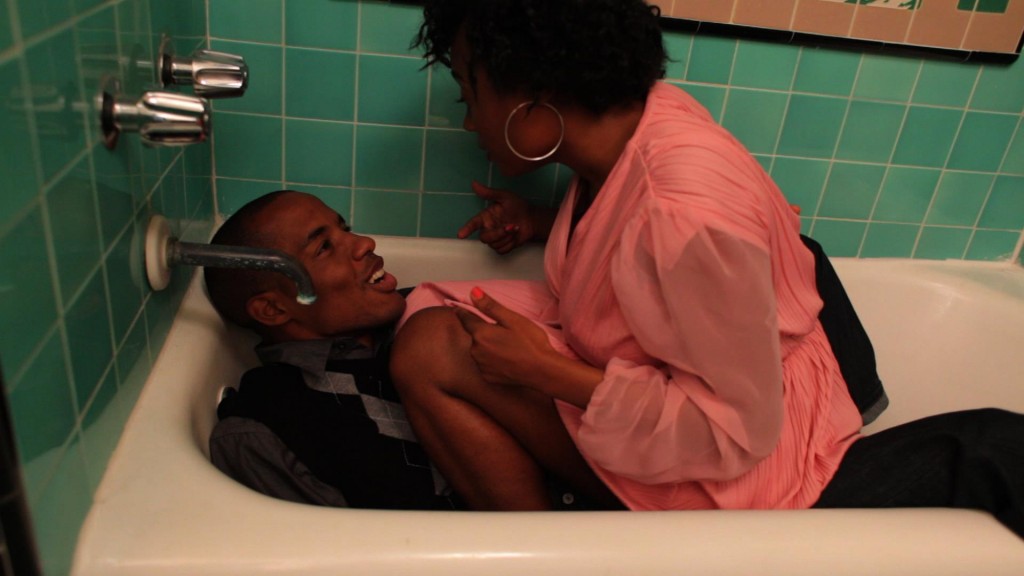 Numa Perrier and Desmond Faison in a scene from “The Couple.” (Photo courtesy of Black & Sexy TV)

(The Washington Post) – It’s one of the many perks of adulthood: attending a party because you’re duty-bound thanks to a friendship with the guest of honor when you’d rather be at home watching Netflix and picking at your belly-button lint.

It’s too early to leave without seeming rude, so you look for refuge in the one place you’re guaranteed some privacy: the bathroom.

That’s how we meet Dude and Chick, the stars of “The Couple,” the Web series that’s now in development at HBO: Dude skulks away from the din of an engagement party to while away a few minutes in the bathtub, Chick hunts him down, and they share a moment together before they’re interrupted by Lisa, the nosy, slightly unhinged sister of the groom-to-be.

“Hello. Hello,” says Lisa, knocking incessantly and turning the knob of the locked door. “Hello? Who’s in here?” They fall silent and wait her out, partners in escapism, before a moment of intimacy and hushed laughter takes a turn. Chick discovers that Dude brought her to the engagement party of his ex-girlfriend.