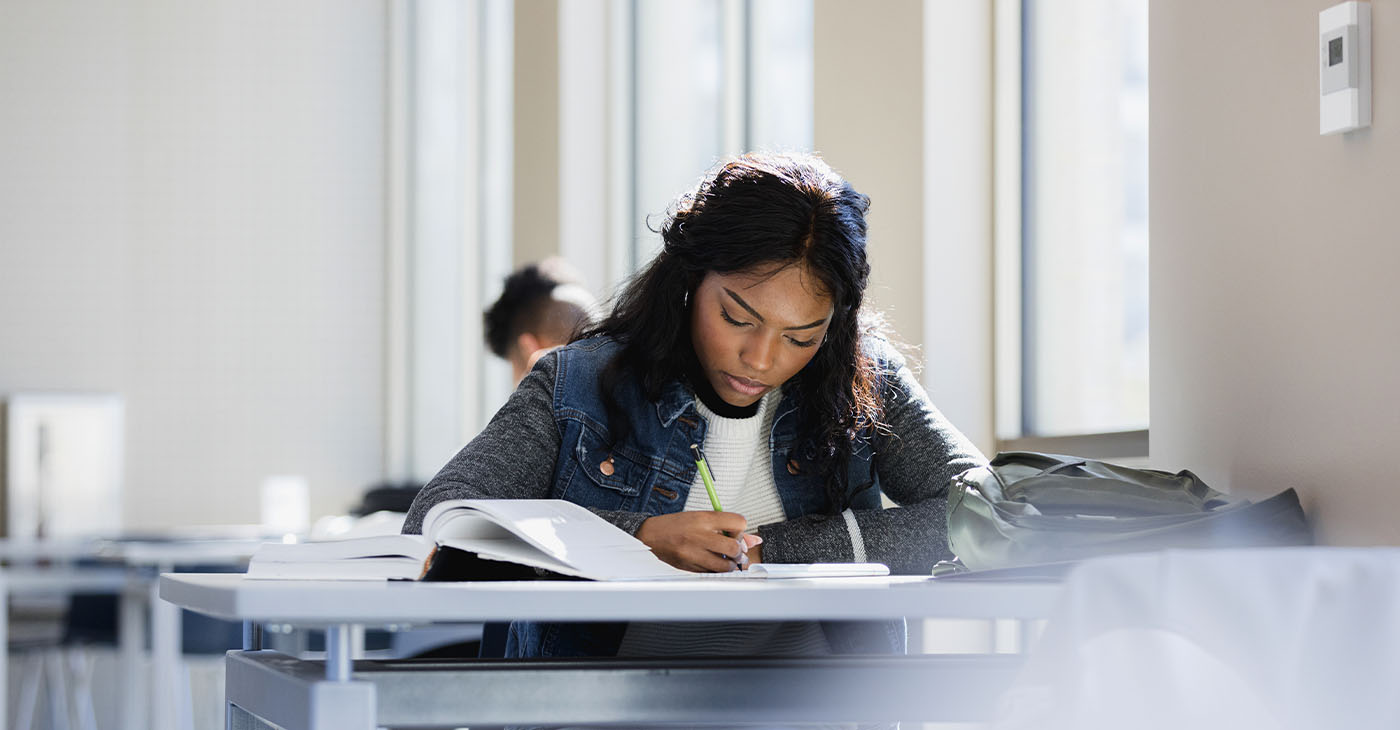 By Akil Bello and Harry Feder | The AFRO

College admissions is undergoing a sea change. The pandemic accelerated the already fast-moving trend of colleges reconsidering the value of SAT and ACT scores in the admission process. Many colleges have stopped considering test scores at all (test blind/free) or have allowed students to decide whether they want to include test scores as part of their applications (test-optional).

While the change in testing policy seems new to some, this movement is more than 50 years old. Almost half of all bachelor degree granting colleges had adopted test-optional or free policies before the pandemic.

Spurred by the difficulty of access to testing due to COVID but also prompted — and certainly sustained by — research on the minimal value and detrimental impact of standardized tests, more than 700 colleges have adopted a test-optional or test-free policy since 2020.

Currently, more than 1,800 colleges (roughly 80 percent of bachelor’s degree-granting colleges) have test-optional or test-free policies for those applying in 2023. These colleges range from Hampton University to CalTech to Michigan State University.

New testing policies — combined with changing demographics and the impacts of the pandemic — have changed the normal calculus of college admissions.

Some colleges have seen significantly more applications, some haven’t. Some families and students feel less certain about the advantage that a high test score provides, some are thankful that they don’t have to worry about testing. Some test prep businesses are worried about fading clientele, some are grateful to see the end of overtesting and test misuse. Some college counselors are happy they can recommend their strong students but poor test takers to colleges that might have rejected them because of a lower test score, some bemoan the loss of a potential advantage for the students they serve that test above their in-school performance.

Change brings uncertainty. Change will benefit some and disadvantage others. In this case, those who have historically benefited from testing have been wealthy  White males with college-educated parents, and these changing policies threaten that advantage. For those traditionally disadvantaged by testing, minimizing the role of tests in admissions gives a sense of relief.

“There was a misconception that the number you get determines where you’d go to college,” said Star-Angel Oppong, a senior at Freedom High School in Virginia, who is currently applying to colleges. “The test instilled a lot of fear in me that I would not be successful without doing well on it.”

Oppong says some adults in her life, both intentionally and accidentally, conveyed that a student who “didn’t do well on the test, they might as well not go to college at all.”

Test optional has changed that.

The widespread adoption of these policies has created more opportunity. Students who might have been deterred from applying to certain schools simply because of scores below the published averages of that school are now applying without worrying about scores.

Amily Sylla, a first-year student at Virginia Commonwealth University, said, “It was a relief to not have to take a test and to not have the test be the reason why you didn’t get into college.” Having seen the challenges her sister faced the previous year preparing for and taking the SAT, Ms. Sylla was happy to forgo the preparation and testing process and spend her time focusing on more important things.

The smoother pathway created can be seen in data from Common App, the organization that runs a popular application by the same name used by over 900 colleges. Common App members have seen an increase in applications of more than 20 percent since the 2019-2020 application season, with the greatest increase coming from underrepresented students.

Even more dramatic than the growth in applications is the drop in scores submitted. In 2022, only 5 percent of Common App member schools required SAT or ACT tests to be submitted, and only 48 percent of applicants submitted scores.

But while these new policies decrease barriers for many, change can increase uncertainty. Some students and their supporters feel more uncertain about being able to predict the outcome of the admission process.

This nervousness is especially pronounced among those who have long relied on presenting test scores as the “key” to admissions and scholarships. Test makers, test prep companies, and independent college counselors have contributed to the anxiety by stoking fears, despite the assurances of colleges, that not testing creates a disadvantage in either admissions or access to scholarships, even at colleges that are test optional.

According to Ericka M. Jackson, Senior Director of Undergraduate Admissions for Wayne State University, “Many students and parents didn’t trust that they would really get a fair evaluation if they didn’t submit a test score. As college admissions offices, we spent a lot of time during that first test-optional admissions cycle explaining what test optional means at our institution and reassuring students, counselors, and parents that students would not be disadvantaged if they applied test optional.”

Since 2020, test publishers College Board and ACT have become particularly aggressive about marketing their tests as the key to “standing out” in the application process, suggesting that taking the test is intrinsic to securing admissions and “merit” scholarships.

But this narrative is misleading, if not outright false.

Candice Mackey, a college counselor at Los Angeles Center for Enriched Studies, said that “although all Cal-States and UCs are test-free, my students and families are ‘programmed’ for testing. It’s actually a little difficult at times to convince them otherwise that test-optional means optional.”

Making matters worse is the national media’s focus on highly rejective colleges, which make up less than 4 percent of colleges. News reports and prep company advertisements hyper-focus on scores as the reason for admission or rejection, even though these institutions almost always review applications holistically, considering many factors beyond test scores. This causes families to put undue misplaced pressure on testing.

Even in California, where public universities will not look at test scores even if submitted, the legacy of having required scores for 50 years casts a shadow on the current process. Mackey notes that “there is a lot of re-educating, explaining, and reframing what test-optional means and how testing factors into admissions.”

The confusion about how these policies play out in practice is evident in the lived experience of applicants.  Wendy Jefferies, a knowledgeable graduate admissions coach, and her daughter, now a first year at Indiana University, still struggled through what was essentially two parallel admissions processes, one with scores and one without.

Jefferies expressed the uncertainty that many families face. “We didn’t know what was good or bad as a test score,” she said.

Jefferies and her daughter, who had a 27 ACT score (better than almost 90 percent of test takers nationally) and a 3.5 GPA, decided to apply with testing to Historically Black Colleges and Universities (HBCUs) and without to Predominantly White Institutions (PWIs).

This strategy was largely informed by popular narratives that suggested that scores would provide access to scholarships at HBCUs in a way they would not at PWIs. After falling short of her target ACT score twice, Jefferies and her daughter decided not to spend any more time or energy on testing. Here’s how her student did:

Colleges are not only having to deal with the difficulty of educating a public used to submitting scores, but they are often having to adjust their internal policies as their applicant pools shift from 100 percent of students submitting scores to less than half doing so.

Jackson says several adjustments were made in their policy between the first and second test optional cycles based on feedback from applicants and counselors, saying her institution was “pleased and knew that the decision we made, along with hundreds of other institutions, was in the best interest of students and removed a significant barrier to higher education, which was the ability to test. However, we quickly discovered that offering a test-optional pathway wasn’t enough, at least not for the students we served (many of whom attended under-resourced schools) and who were physically separated from the support they used to have in school because they were all learning remotely.”

The return to school has been a boon for many high school students as they are reconnected with the place-based resources that had been more difficult to access during remote learning. But the variation in policies at colleges poses a challenge to even the best-resourced college counseling office.

“It is understandable that students (and parents) were confused by so many institutions with so many different test-optional policies,” Jackson said. Some were test-optional, others were test free or test-flexible.”

Seniors applying this year and next will need to keep monitoring college websites and fairtest.org to track evolving college policies. But applicants will also need to take colleges at their word about what is important in the process. Colleges are responding to research, the current environment, and students’ needs and are updating their policies as necessary. This means there may be more tweaks in the coming years. College admission is moving away from what Mackey calls an ‘institution-centered” process.

For colleges and students alike, test-optional has been a “seismic shift,” according to Jackson. And Mackey points out that “entering year three of a mostly test-optional admissions cycle, my advisement with students and families in this particular area begins with the student first and their profile, followed by the institution second leading me to believe test-optional policy and practice is much more ‘student-centered.’”

Of course, “student-centered” considerations do not relieve the pressure on applicants to meet other competitive admissions criteria for a given institution – grades, extracurriculars, and the like.

But for many qualified students, the optional policies relieve a major application barrier.

Unfortunately, until every college follows the lead of California and removes test scores from all parts of its process, students will still have to consider how and when to engage with testing and test preparation.

Students this year and in the short term will be well served to keep asking questions like: “Is the investment of time and/or money to prepare for this test worth it? Is it safe and useful to take the test? And, does submitting my scores increase the likelihood that I’ll help my application or increase scholarship opportunities?

For students like Sylla, the answer was no. She felt her strong high school performance and activities more accurately reflected who she was and who she wanted colleges to consider. Preparing for the SAT or ACT wasn’t worth her time, and not testing didn’t prevent her from getting great outcomes. Sylla says not only did she get admitted to VCU and get scholarships, but “I got a lot, actually.”

Akil Bello serves as Senior Director of Advocacy and Advancement at FairTest. He is a former test prep company CEO, an educator, and a nationally recognized authority on educational access.

Harry Feder is the Executive Director of FairTest. He taught history in New York City public schools at Beacon School and Urban Academy Laboratory High School for 22 years. Prior to that he was an attorney in private litigation practice.