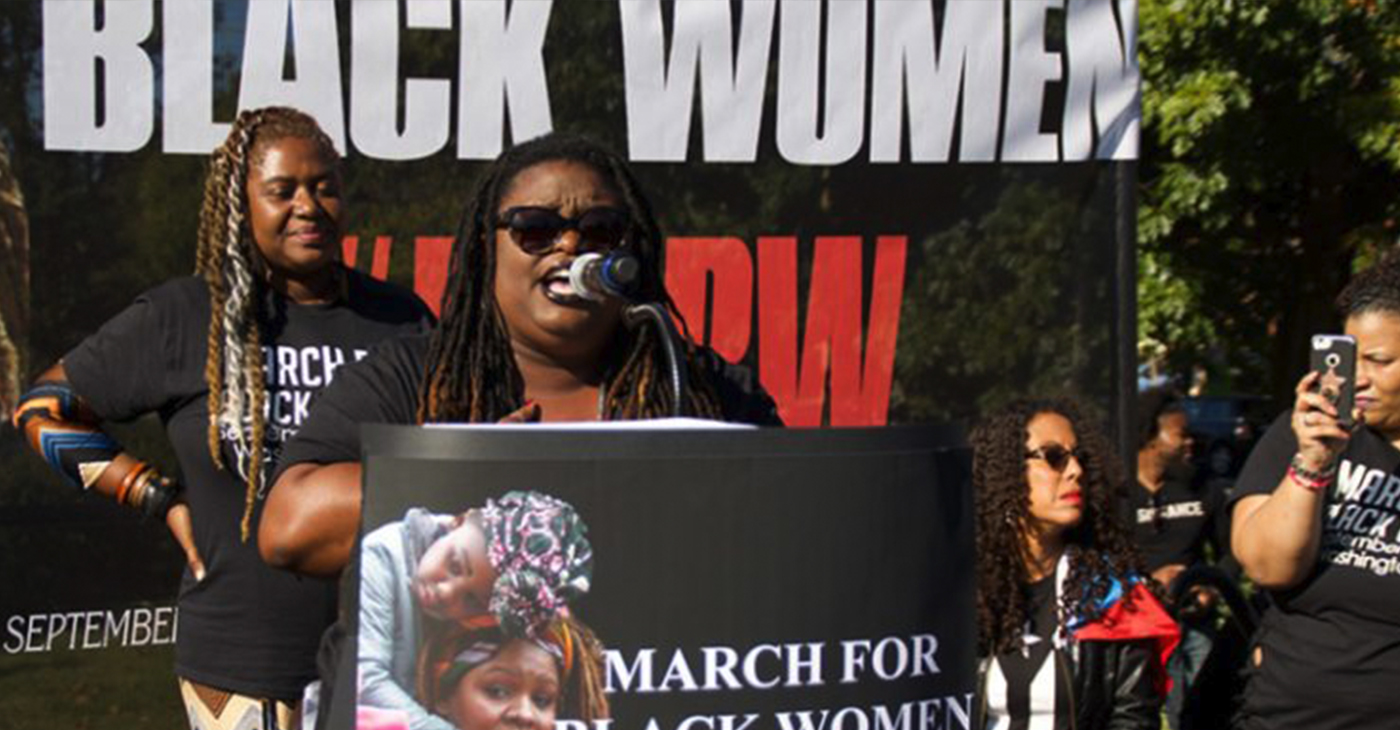 There is a reckoning afoot in this country. On one side, Trump has emboldened and embodied a virulent and reckless hate that targets women, Black people, and immigrants (among many others). Each day brings a new outrage. On the other side, #MeToo has followed #BlackLivesMatter as a hashtag-turned-movement, led by courageous truth-tellers who are sick and tired of a violent and largely ignored status quo. The conversation about race and gender in this country has broken open, and now we must all contend with the truth of who we are as a nation.

While this may feel like scary and unfamiliar territory to some, in reality, the U.S. is just catching up to an understanding and analysis that Black women in this country have had for a long time. Black women have never had the luxury of ignorance—not to police violence, not to the rampant sexual harassment and assault that women experience at home, school, and work. In 2018, we should look to the work of Black women to see the path forward for a troubled and divided nation. In a way, Black women scholars and organizers have left breadcrumbs for us to follow to liberation, if we’ll only pay attention.

In 1989, legal scholar, Kimberly Crenshaw, coined the term “intersectionality” in her paper for the University of Chicago Legal Forum to explain how Black women’s oppression on the basis of gender combined with oppression on the basis of race to create something altogether new, an experience of discrimination did not match what either white women or Black men experience. This concept would lay the groundwork for social justice organizing that now spans the globe, and provided a vocabulary for something Black women experience on a daily basis. While intersectionality risks dilution as an increasingly popular buzzword, the analysis it provides is a crucial tool to cut through the noise and understand the Trump administration’s policies and their impact on different communities.

Take for instance the recent Jane Doe case, and similar cases, of the Trump administration blocking young immigrant women from getting reproductive healthcare. The mistreatment of the “Janes” (as they’ve come to be called) at the hands of the Trump administration targets them both as women and as immigrants, and the two identities cannot be pulled apart. “Intersectionality” provides an analysis that explains why their treatment is so much more extreme, and its impact so severe.

Just five years after Crenshaw’s groundbreaking work, the reproductive justice movement was founded by Black women who, like Crenshaw, saw that their perspectives and experiences were being, once again, left out of the equation. Reproductive justice brought intersectionality and a global human rights framework together with a nuanced understanding of U.S. policies of reproductive coercion. The founding mothers of reproductive justice rejected White feminism’s focus on the birth control and the legality of abortion as too narrow, and described a vision for a world, where we can all prevent pregnancy if we want to, end a pregnancy if we need to, and have and raise children in healthy environments and without fear of violence.

Reproductive justice broadened the lens of abortion rights to include low-income women and women of color “and” broadened the entire conversation to recognize the ways in which U.S. policies denied motherhood to some women even while forcing it on others against their will.

This framework is crucial to connect the dots among Trump’s reproductive policies. Trump wants to make birth control unaffordable, push abortion out of reach, and punish women for having children. What seems inconsistent on the surface is, in fact, all part of one agenda to coerce and control a woman’s decisions about pregnancy, childbirth, and parenting.

When Trump was first elected, Black women were the least surprised. We saw Trump coming from a mile away and we already knew how deep this country’s anti-woman and anti-Black sentiment ran. Now, more than a year later, the work of Black women will help us understand and combat Trump’s agenda, with Black women leading the fight.

Let 2018 be the year Black women’s brilliance, leadership, and analysis are heeded at last. Let 2018 mark the beginning of a new era of listening to, respecting, and trusting Black women. Just stop for a moment and imagine what might happen, if we actually made those words a reality.

The day after the Alabama Senate race, the hashtag #TrustBlackWomen was all over social media. And yes, we should trust Black women voters, because they’ve kept us from the brink many times. But Black women’s wisdom and contributions have so much more to teach us all—and we’re going to need to understand that if we hope to keep Trump from dragging us backward.

Like many other Black women across the country, I was standing up in my living room cheering and clapping my hands as I watched Oprah deliver her passionate speech at the Golden Globes. The next day the media went wild with hopes for and critiques of a theoretical run for president—but they missed the point. While the thought of it made me smile, what I saw was an invitation.

Monica Simpson is the executive director of SisterSong: The National Women of Color Reproductive Justice Collective, based in Atlanta, Ga., and the director of the Trust Black Women Partnership. You can follow SisterSong on Twitter at @SisterSong_WOC.

This article originally appeared in the San Diego Voice & Viewpoint.