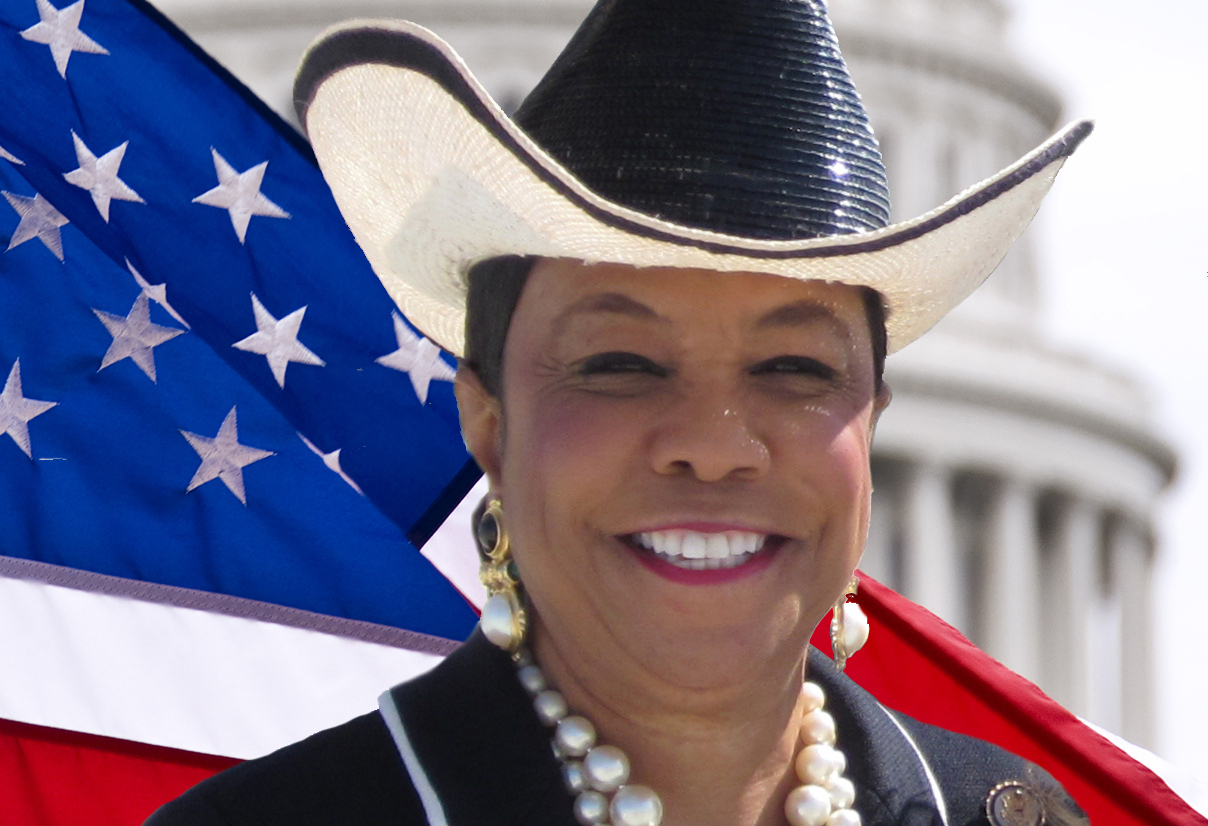 In 2016, then-candidate Donald J. Trump asked African Americans, “what the hell do you have to lose,” by supporting his campaign. Nearly four years later, the answer is painfully clear: a hell of a lot.

In the past eight months alone, a majority of Black businesses have closed, Black families are experiencing high unemployment and facing economic insecurity. Most tragic of all, Black people have died from the novel coronavirus at double the rate of whites.

It didn’t have to be that way, but thanks to President Trump’s desire to not cause Americans to panic, he and his administration withheld information about the damage that the COVID-19 pandemic would ultimately have on our nation’s physical and economic health. To this day, rather than taking this public health crisis seriously, Trump has chosen to not only spread lies about the virus, but also actually spread it at White House events and campaign rallies across the nation.

Black Americans, millions of whom were already struggling before the pandemic struck, cannot afford to lose anything else and we absolutely cannot afford another four years of President Donald J. Trump. That is why it is more imperative than perhaps at any other period in many of our lifetimes that we vote at record numbers this year.

It is an unfortunate truth that Black voters have long felt undervalued by both the Republican and the Democratic party, and as a result, it’s hard for them to believe that their vote matters. But believe me, it does. We will never know what kind of leader former Secretary of State Hillary Clinton would have been, but if more Black voters had turned out in 2016, we might never have experienced the kind of president that Trump has been.

In addition to his egregious mishandling of the coronavirus pandemic, he has demonstrated an unwillingness to condemn white nationalists and a propensity to encourage them. Rather than uplift low income and minority communities, he has sought to dismantle health, education and other programs that they depend on. He called people who’ve served in the military losers and suckers. For the past few months, he has worked overtime to stoke fears about us among white Americans in a callous, self-serving attempt to secure their votes.

As someone who has for decades fiercely fought for and advocated on behalf of Black men and boys, I am appalled by his refusal to acknowledge and address the police violence and racist attacks that have prematurely shortened the lives of too many. Black males in our nation have always been an endangered species, but the Trumps of this world threaten to make them nearly extinct, yet I am afraid that they will either not vote this year or may perhaps vote for Trump, who has never addressed the nation or expressed remorse for the killings of George Floyd, Ahmed Aubrey, and so many others. He not only doesn’t care, but frequently blows dog whistles to the kind of people who see no value in Black men.

More than 11.4 percent of African Americans under the age of 65 are uninsured. Former Vice President Joe Biden’s plan to create a public option for the Affordable Care Act will ensure that millions of African American men who have been left out will now be able to seek care for themselves and their families. Biden is keenly aware of the how costly college has become, making it almost unattainable for all but the wealthiest families. His plan would make HBCUs and public colleges and universities tuition free for families making less than $125,000 a year. That policy alone could help send millions of Black men and their children to college who previously thought it was beyond their reach.

Biden also is committed to reducing student loan debt for millions of Americans. His plan would cancel your student debt if you attended a public college or university or an HBCU and met other criteria. That would free millions of Black men who currently are saddled with student loans to make choices about starting a business or changing careers without the financial pressures of debt repayment. Finally, Biden understands that Black-owned small businesses need capital and access to markets on an equal basis to be competitive and grow. That’s why he plans to increase funding for lending and investing in Black-owned small businesses and increase access to federal contracts for Black-owned businesses.

In a recent interview, presidential advisor and son-in-law Jared Kushner suggested that Blacks are only as successful as we want to be and dismissed the Black Lives Matter movement as “virtue signaling.” This is the kind of person Trump surrounds himself with. An attorney general who thinks he’s the president’s personal attorney and has failed to protect the voting rights of minority groups and abdicated its oversight of police misconduct. An education secretary who consistently undermines or rolls back key civil rights protections and Obama-era guidance that promoted racial equity in the classroom. A postmaster general who actively sought to suppress mail-in voting.

Joe Biden is an imperfect man and has in the past made his own missteps on race, but he is a caring man who has personally experienced first-hand what it’s like when a family faces illness, loss and financial insecurity. He will serve as president to everyone in America, including those of us who are not wealthy or white. And if his historic choice of Senator Kamala Harris as his running mate tells us anything, it’s that Black lives do indeed matter to him.

Every Black voter in America who has not yet cast their ballot needs to head to the polls or ballot drop-off sites and make sure their voices are heard. We cannot afford another four years of Trump.