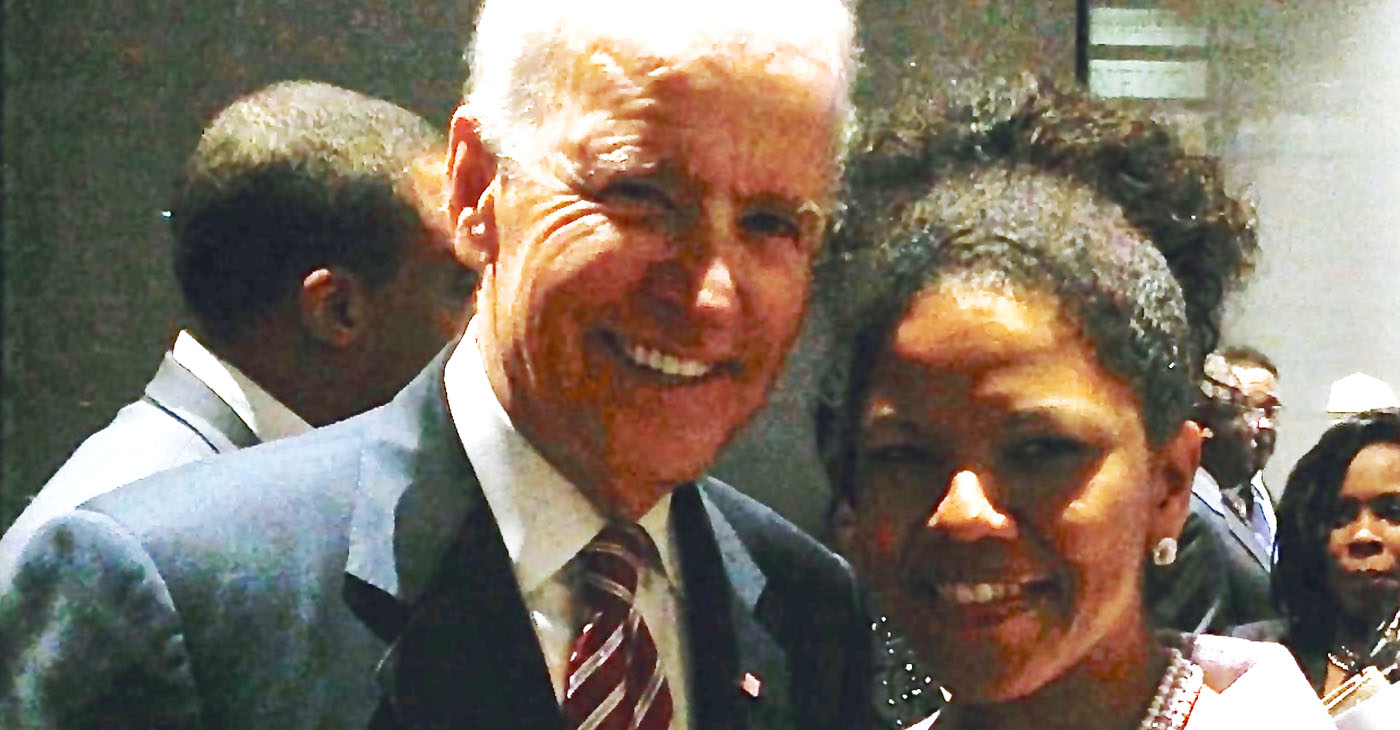 When voting for the president of the United States, historically, African Americans have more often than not felt compelled to vote against a candidate due to the threat the person poses to our community. Not until the presidential campaign of Barack Obama, who represented hope and change, did African Americans feel like we had someone to vote for.

This year we have both.

President Donald Trump’s egregious lack of leadership is a threat to the very existence of African Americans.  During his presidency, African Americans have lost jobs, wealth, health care, voter protections, environmental regulations that protect our community, and most important—our lives. As Election Day grows near, Trump and the cultish GOP have chosen to fast track Supreme Court nominee Amy Coney Barrett—instead of negotiating in good faith a COVID-19 stimulus package that would bring relief to millions of Americans—because she will be their ally on the bench.

That’s why we must vote for Joe Biden, a man of character who has devoted his entire life to public service and helping others. In addition to serving two terms as vice president to the nation’s first African-American president, Barack Obama, Biden made history last month when he chose Senator Kamala Harris as his running mate, a groundbreaking, impactful decision that has made her the first black woman to be on a national political ticket.

Unlike most presidential candidates, who never specifically address the challenges of the African American community, Joe Biden speaks directly to our community’s issues and interests.  In fact, he has crafted policies that take the steps to do so, including  Lift Every Voice:  The Biden Plan for Black America, Build Back Better by Advancing Racial Equity Across the American Economy, and Joe Biden’s Agenda for the Black Community. These plans cement Biden’s commitment to and plans for the African American community.

Again, this year, African Americans have someone we must vote against and, notably, not just for our own self-interest.  Trump is a threat to all people across our nation and the world, but especially people of color.  We must vote against hatred, violence, chaos, bigotry, xenophobia, misogyny and authoritarianism, not only for our community, but also for others.

Biden is the antidote to Trump and will actually lead the nation. As he has frequently said, he will be everybody’s president, not just those who vote for him. Biden will redirect the current destructive course our country has been on by counteracting much of the damage caused by Trump and implementing policies for a better America, restoring humanity and civility to our nation.

Politics is power and African Americans must embrace our power!  We must vote!  We must not only vote for Biden, but also down the ballot. The 2020 election is not a time to waste a single vote by voting for the wrong person or not voting at all. Our survival may depend on it.

Let’s all do everything we can to help the former vice president see Trump out of the White House, because as House Majority Whip Jim Clyburn famously noted, “Biden sees us.”

Ramona Houston, Ph.D., PMP, is a scholar focusing on African American and Latino history and relations, a social impact strategist, and host of The Empowerment Zone podcast. To contact or learn more about Ramona, visit http://www.ramonahouston.com.