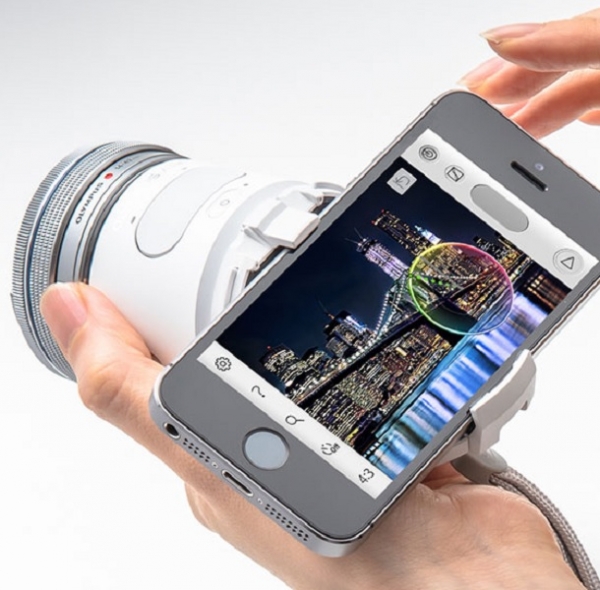 The Olympus Air 01 attaches to smartphones and tablets to allow users to take better pictures using their devices. The Air 01 is compatible with both iOS and Android devices. (Courtesy of Olympus)

(Tech Times) – Olympus will soon release the Air 01 to the United States, which will allow consumers to take better pictures using their smartphone or tablet.

Previously only available in Japan, the device will be released in the United States this month for the price of $299 for only the body and $499 including a 14-42mm f/3.5-5.6 kit lens.

Within the Air 01 is a 16MP Micro Four Thirds sensor, which is what consumers would expect to find inside mirrorless cameras in the same price range. The battery will last for 320 shots, and it is not replaceable.

The camera will connect to both Android and iOS devices through Wi-Fi or Bluetooth, and once connected, the user is supposed to use their smartphone or tablet as the viewfinder and to review the pictures that were taken by the Air 01. It can take images in either JPEG or RAW format with either manual or auto focus. The Air 01 can also take videos with a resolution of 1080p.