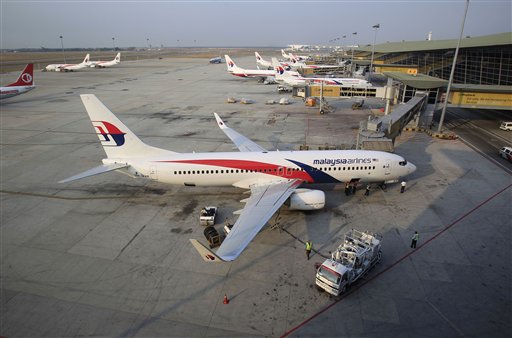 KIEV, Ukraine (AP) — A Ukrainian official said a Malaysian passenger plane carrying 295 people was shot down Thursday over a town in the east of the country.

Anton Gerashenko, an adviser to Ukraine’s Interior Minister, said on his Facebook page the plane was flying at an altitude of 10,000 meters (33,000 feet) when it was hit by a missile fired from a Buk launcher. A similar launcher was seen by Associated Press journalists near the eastern Ukrainian town of Snizhne earlier Thursday.

Malaysia Airlines said on its Twitter feed that it “has lost contact of MH17 from Amsterdam. The last known position was over Ukrainian airspace. More details to follow.”