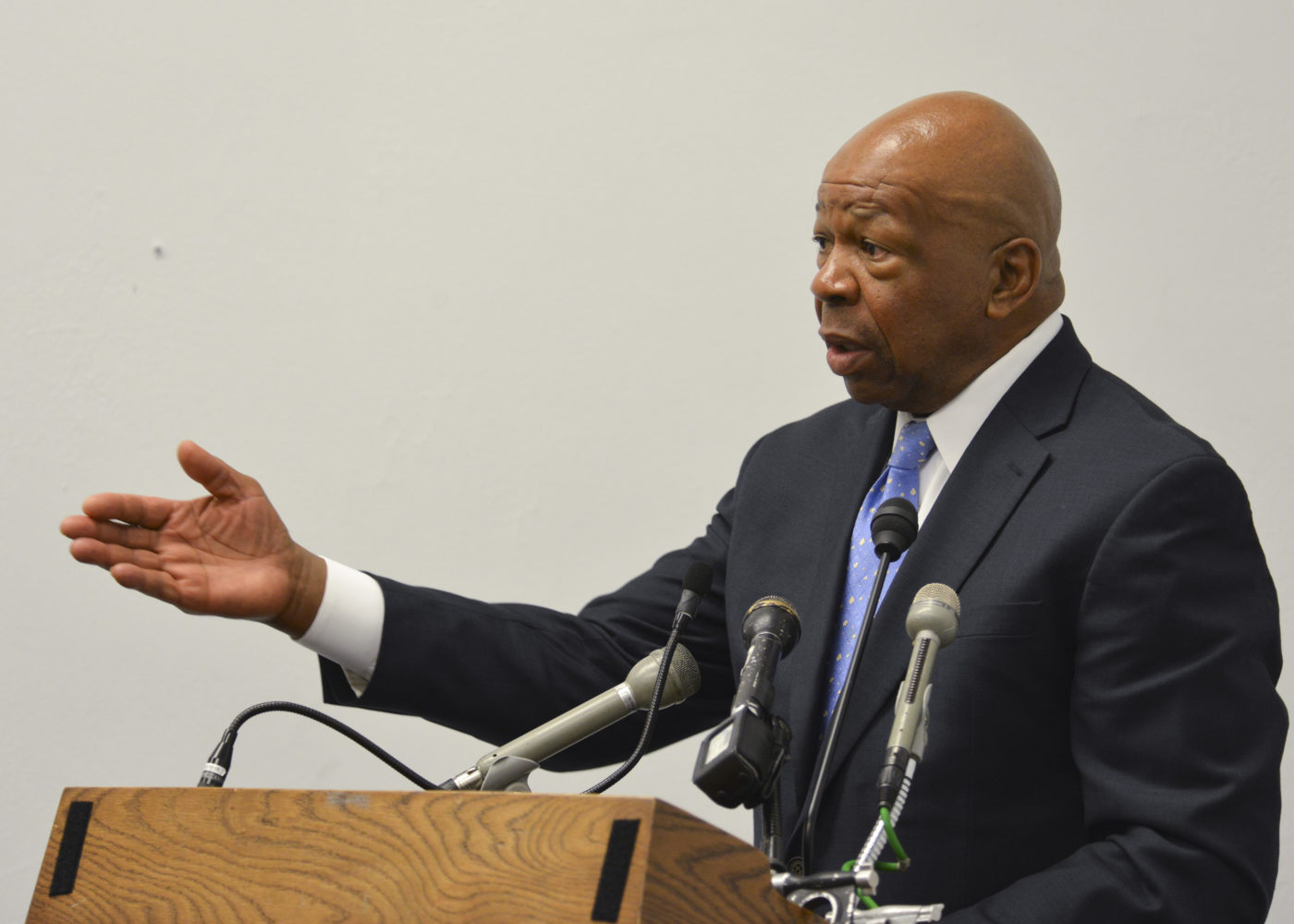 WASHINGTON (NNPA) – The growing racial wealth gap – $200 in median wealth for Blacks in 2011 and $23,000 for Whites – threatens national economic security in the United States, according to a recent report by the Center for Global Policy Solutions.

“When it comes to the racial gap in liquid wealth, African Americans and Latinos are nearly penniless,” stated the report. “The median liquid wealth of Whites is over 100 times that of Blacks.”

The report said that when retirement savings are taken out of the analysis, the disparities in liquid wealth are even more disturbing.

“Blacks are found to hold a mere $25 and Latinos just $100 in liquid wealth, compared to $3,000 held by the typical White household,” the report said.

During a press conference on the report on Capitol Hill, Rep. Keith Ellison (D-Minn.) said that the racial gap is not some product of changes in the economy.

“It’s our tax policy, designed to help the rich, It’s also our trade policy, off-shoring our jobs and it’s also the attack on unions,” said Ellison.

Rep. Steven Horsford (D-Nev.) said that families are living paycheck to paycheck and are drowning in debt from predatory loans and mortgages and decreased home values following the housing crisis.

This great divide in wealth has contributed to many of the problems that are facing communities of color, including lower educational achievement and family insecurity, according to Horsford.

He said that minorities were institutionally restricted from having access to wealth-building tools largely until the Civil Rights Movement and, though explicit institutional racism has somewhat subsided, the wide gap in wealth between families of color and White families is still a reflection of more discreet systematic and social barriers that have limited economic mobility.

The report outlined a number of policy recommendations, including a universal “baby bond” trust program.

“The idea is that as an adult you can engage in wealth building you can purchase an asset so that you have the opportunity to build economic security over a lifetime,” said Hamilton. He explained: “If the average account is $20,000 at birth and we have about 4 million babies born per year, that would make the cost of around $80 billion dollars a year for the program.”

Hamilton said that would be about 2.2 percent of the federal budget and rival what gets spent at the Department of Education.

He said: “If you could design another program like the Department of Education that would help close the racial wealth gap and provide economic security for all Americans I ask, would you do it?”

Maya Rockeymoore, president of the think tank that produced the report, said that the African American community should know that it’s not about them, it’s about the system and how it is structured with policies that deny their opportunity to have equitable chances for growing wealth in this nation.

“We’ve been told that all of the households have recovered from the recession, that’s what the Federal Reserve data shows,” said Rockeymoore, president and CEO for the Center for Global Policy Solutions. “What our study shows is that for every dollar in wealth held by typical White family, African American and Latino families only have six and seven cents.”

We talk about the employment experience, pushing for living wage policies focusing on creating jobs financial literacy and entrepreneurship are a part of the quality educational experience.

There are elements of personal responsibility connected to how we build and grow wealth, but the structural elements outweigh the personal considerations, said Rockeymoore.

“In order to make policy change you have to be politically involved,” said Rockeymoore. “In order to make sure your bank account looks different, there are certain things that you can do as well.”

Whatever it takes, the country can’t continue to go down this road, said Rep. Elijah Cummings (D-Md.)., noting that in less than 30 years, the majority of people living in the United States will be people of color.

Cummings added: “We have to make sure that America understands that this is not just a minority problem, this is an economic security problem. If you cut that many people out of the economic mainstream, your country will literally collapse.”