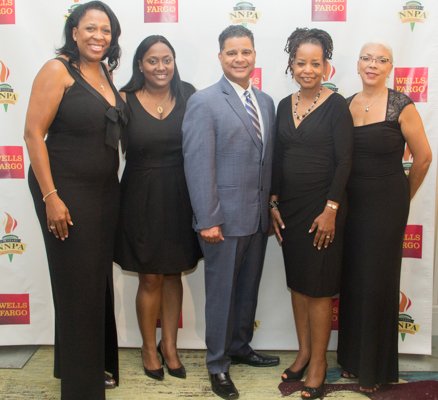 DETROIT (NNPA) – Denise Rolark Barnes, publisher of the Washington Informer, has been elected chair of the National Newspaper Publishers Association, a federation of more than 200 African American newspapers.

Rolark Barnes succeeds Cloves C. Campbell, Jr., publisher of the Arizona Informant, who served two, 2-year terms. After graduating from Howard University with a degree in communications, Rolark Barnes enrolled in the Howard University School of Law. She served as editor of The Barrister, the law university’s student newspaper, before graduating in1979. She is a second-generation publisher, following in the footsteps of her late father, Dr. Calvin W. Rolark.

“I am honored and proud to represent the NNPA as chairman of this historic and impactful organization,” Rolark Barnes said. “Since 1827, the Black Press has listened to and spoken for the African American community. The future looks bright for the team of publishers elected during our 75th anniversary convention in Detroit, Michigan; three of the new officers happen to be second-generation newspaper publishers.  We are committed to fulfill the promises we made to our nearly 200 fellow publishers and we will work hard to propel the Black Press into dynamic 21st century media companies.”