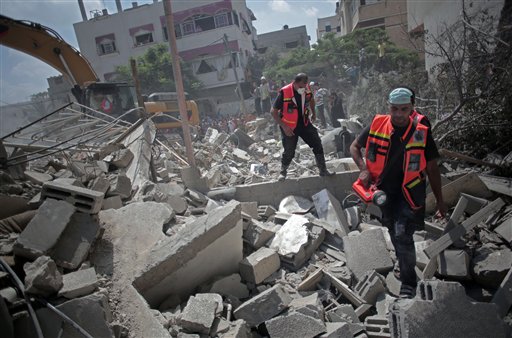 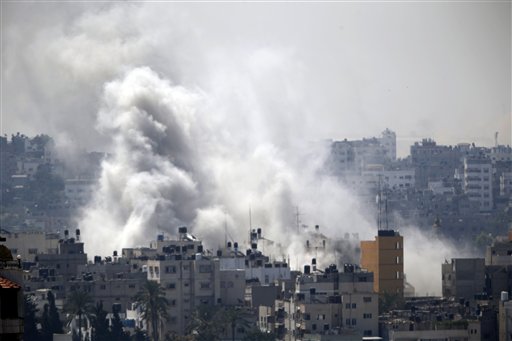 GAZA CITY (Los Angeles Times)—A fragile holiday lull in fighting in the Gaza Strip on Monday was punctuated by Israeli airstrikes and a rocket launch by Palestinian militants in the wake of a call by the U.N. Security Council for an unconditional humanitarian truce.

On the 21st day of the conflict, Israel’s Cabinet was meeting to weigh the next military and political moves. In Gaza, the relative calm coincided with the start of the Eid al-Fitr, one of the most important festivals of the Muslim calendar, marking the end of the holy month of Ramadan.

The United States and other mediators had hoped to forge a durable cease-fire prior to the three-day holiday, but efforts over the past week failed to bring the two sides together. Hamas has insisted on a lifting of a years-long blockade on Gaza enforced by Israel and Egypt; Israel demands that its troops be allowed to continue destroying Hamas-dug tunnels while a truce is in effect.
READ MORE

Millions Displaced by Religious Violence in 2013