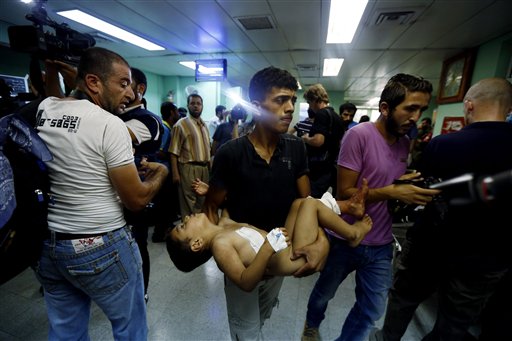 (USA Today) – The death of at least 15 Gazans taking shelter Thursday in a United Nations-run school contributed to a Palestinian death toll that has surpassed 700 — and a debate about whether Israel is violating human rights or contending with an enemy that is using human shields.

The Israel Defense Forces (IDF) said it warned the U.N. to evacuate the building but that the militant group Hamas, which governs Gaza, prevented the evacuation, fired more rockets from the site and also hit the site with its own rockets.

The deaths, on the 17th day of fighting in Gaza, come a day after two different U.N. agencies issued condemnations — one of Palestinian militants and one of Israel — for taking actions that endanger civilians.

The mounting fatalities are prompting sharp criticism of both Hamas and Israel.

Honduran Families Deported Back to a Bleak Future