IN MEMORIAM: NBA Icon Bill Russell Passes Away at 88
Advertisement 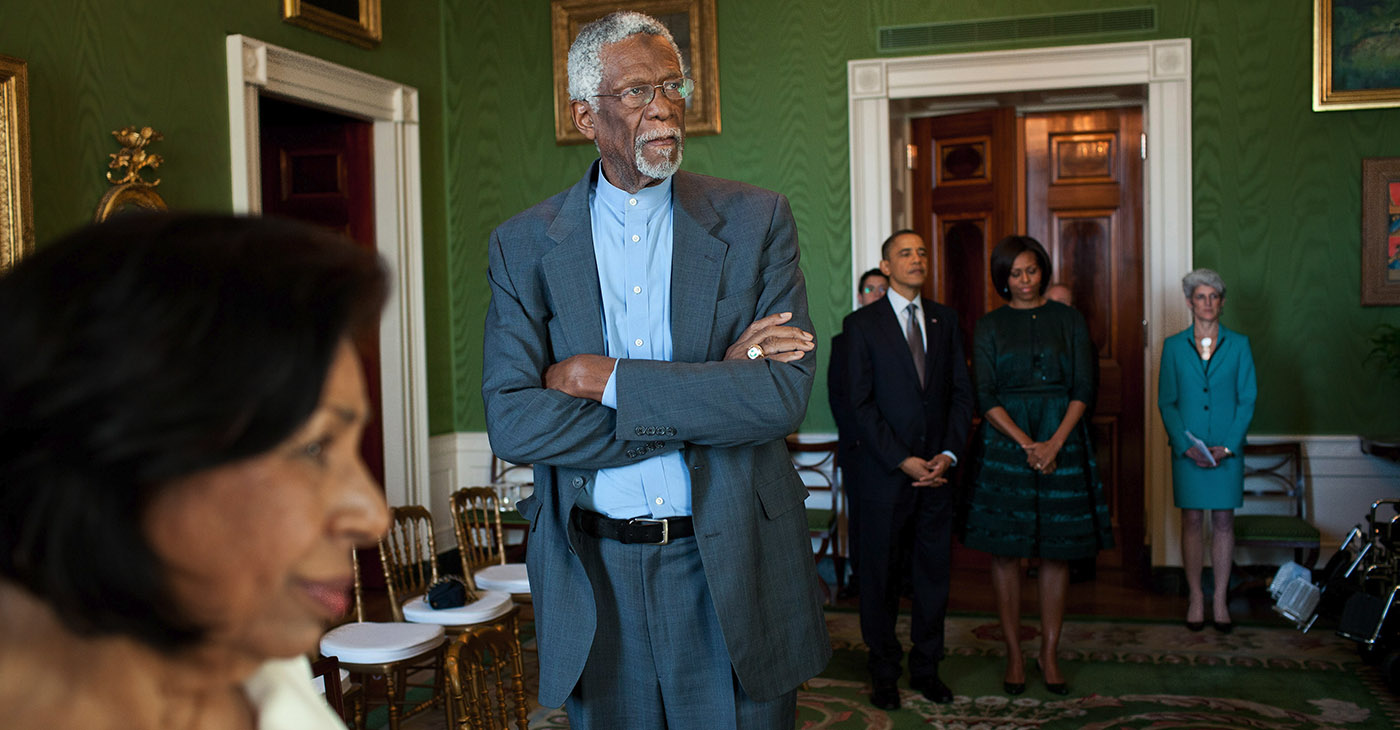 President Barack Obama and First Lady Michelle Obama wait in the Green Room of the White House with Sylvia Mendez and Bill Russell as recipients of the 2010 Presidential Medal of Freedom are introduced in the East Room, Feb. 15, 2011.

NBA Legend and civil rights activist Bill Russell passed away peacefully on Sunday, he was 88 years old. Russell won eight consecutive NBA titles, ultimately winning 11 championships with the Boston Celtics during his NBA career. His efforts on the hardwood laid the foundation for the storied Lakers vs Celtics rivalry as the two teams battled in seven NBA Finals during Russell’s career.

His passing was announced in a statement on Twitter.

“But for all the winning, Bill’s understanding of the struggle is what illuminated his life. From boycotting a 1961 exhibition game to unmask too-long-tolerated discrimination, to leading Mississippi’s first integrated basketball camp in the combustible wake of Medgar [Evers’] assassination, to decades of activism ultimately recognized by his receipt of the Presidential Medal of Freedom,” the statement read. “Bill called out injustice with an unforgiving candor that he intended would disrupt the status quo, and with a powerful example that, though never his humble intention, will forever inspire teamwork, selflessness and thoughtful change.”