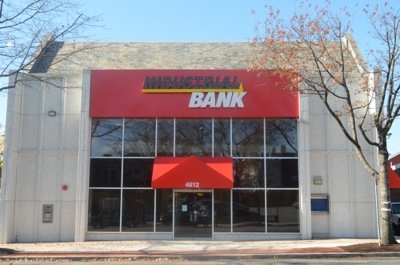 Special to the NNPA from The Washington Informer

Minority-owned banks are crying foul about the federal government snubbing them for tax credits they say could generate economic development in the nation’s most needy communities.

The Community Development Financial Institutions (CDFI) Fund, an arm of the Treasury Department, issued in June $3.5 billion in New Markets Tax Credit (NMTC) allocation to 76 entities across the country to spur economic development.

However, none were awarded to the nation’s minority banks, despite those institutions claiming the longest track records of deploying capital in the nation’s most underserved areas.

“The NMTC program has great potential to be part of a comprehensive economic solution in America’s inner cities, most of which still have not recovered from the Great Recession,” said Preston Pinkett, CEO of City National Bank and chairman of the bankers association. “But the groups best equipped to make those investments, minority banks — many of which have been in service for over 100 years — have largely been shut out of the NMTC program. We need our CDFI Fund to do more; we need a real change that will allow us to receive allocations so we can use these resources to improve our communities.”

The federal tax-credit program provides a tax credit to investors who invest in projects or small businesses in those communities by funneling their investments through the recipients of tax credit allocation.

According to the CDFI Fund’s Award Book, only six awards — less than 8 percent — went to minority-controlled entities of any kind, and those groups received only $165 million, under 5 percent of the total dollar amount of allocation.

“The absence of a single minority bank raises much concern,” said Michael Grant, president of the National Bankers Association. “In 2009, the General Accounting Office issued a report detailing the disparity in NMTC awards to minority entities. The numbers have actually gotten worse, not better.”

“By our estimates, less than 2 percent of the $450 billion in NMTCs issued over the past 12 years has gone to minority banks,” said Doyle Mitchell, CEO of Industrial Bank of Washington, D.C. and former chairman of the bankers association. “Some of our banks have been deploying capital in the poorest neighborhoods in America for over 100 years, and we think the CDFI Fund should review the program to ensure that applications by minority and other small CDFI banks are evaluated on criteria that reflects their position as regulated institutions operating in distressed areas, which is significantly different from non-regulated or larger institution applicants.”

Alden McDonald, CEO of Liberty Bank in New Orleans, said the imbalance would be even more pronounced had it not been for funds his bank received after Hurricane Katrina.

Rushing the Corner Office: This MBA Program Is for NFL Stars