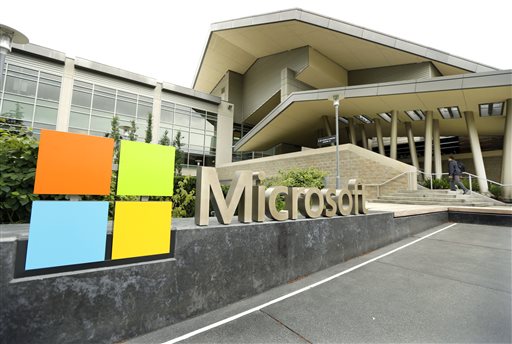 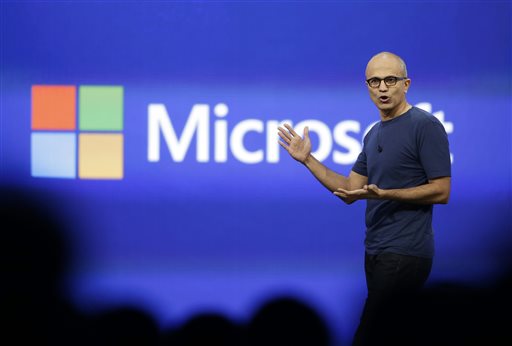 In this April 2, 2014 file photo, Microsoft CEO Satya Nadella gestures during the keynote address of the Build Conference in San Francisco. Microsoft on Thursday, July 17, 2014 announced it will lay off up to 18,000 workers over the next year. (AP Photo/Eric Risberg, File)

LOS ANGELES (AP) — Microsoft announced the biggest layoffs in its 39-year history Thursday, outlining plans to cut 18,000 jobs in a move that marked the CEO’s sharpest pivot yet away from his predecessor’s drive for the company to make its own devices.

Although some cuts had been expected ever since Microsoft acquired Nokia’s mobile-device unit, the number amounted to 14 percent of the Microsoft workforce — about twice what analysts had estimated.

The cuts will include some 12,500 jobs associated with the Nokia unit — nearly half of the 28,000 employees Microsoft brought on board in April through the acquisition.

When the cuts are complete, the company will still have about 10,000 more employees than before the Nokia acquisition, with an overall headcount of 109,000.

In a public email to employees, CEO Satya Nadella said the changes were needed for the company to “become more agile and move faster.” The move also pushes Nokia to focus solely on the Windows Phone operating system.

Nadella is clearly backing away from former CEO Steve Ballmer’s strategy of getting Microsoft to make its own smartphones and tablets.

Nadella indicated that Microsoft will largely abandon low-price Nokia Asha phones — which work on their own non-Windows operating system — and reverse a strategically questionable move by Nokia in February to launch a line of phones called “X” that supported rival Google Inc.’s Android platform.

“To win in the higher price tiers, we will focus on breakthrough innovation that expresses and enlivens Microsoft’s digital work and digital life experiences,” Nadella said in the memo.

Some 1,350 Seattle-area workers around Microsoft’s Redmond, Washington, headquarters were laid off Thursday, as were 1,800 workers in Hungary and nearly 370 in San Diego. The Nokia cuts include 1,100 jobs in Finland.

In addition, the company is closing its Xbox Entertainment Studios, a 2-year-old venture based in Santa Monica, California, that produced original video content but was seen as separate from Microsoft’s core business.

Microsoft Corp. expects charges of $1.1 billion to $1.6 billion over the next four quarters, largely for severance payments. The move puts the company on track to meet the target it set in September, when it announced the Nokia purchase, of saving $600 million in annual costs within 18 months after the deal closed. Ballmer announced the Nokia deal a month after he said he was resigning.

“Microsoft needs to be a leaner and meaner technology giant over the coming years in order to strike the right balance of growth and profitability around its cloud and mobile endeavors,” he said.

The move dwarfs Microsoft’s previous biggest job cut, when it eliminated about 5,800 jobs in 2009. That was the company’s first widespread layoff.

Microsoft has been shifting its focus from traditional PC software to cloud computing and cloud-based products like its Office 365 productivity software that can operate on mobile devices.

With its $7.3 billion acquisition of Nokia’s cellphone business, Microsoft had sought to meld its software and hardware business into a cohesive package, similar to rival Apple.

But investors had lingering doubts about the strategy, especially because the two brands’ market share in smartphones and tablets was so far behind Apple and Samsung. According to the latest financials, the Surface and Nokia device units are both losing money.

Nokia phones ran a wide array of operating systems that were not helpful to Microsoft’s Windows brand. The Asha operating system, for instance, lacked features like the ability to use mobile versions of Office software or even GPS mapping.

Soon after the deal was announced, Nokia’s overall handset sales plunged 29 percent in the final quarter of last year, even as its high-end Lumia devices grew quickly.

The Nokia purchase “is not a deal that (Nadella) agreed upon or negotiated or perhaps really wanted,” said Scott Kessler, senior equity analyst at S&P Capital IQ. “Secondly, it seems that the market has changed pretty significantly over the last year … pretty traumatic cuts seem probably somewhat appropriate at this point.”

In a letter to employees, Executive Vice President Stephen Elop said the company will drive sales of its Windows Phone by targeting the lower-price smartphone market with its Lumia devices.

A separate memo by a Microsoft executive in India posted by the BGR website said the company will stop engaging with developers on new apps for Nokia X, Asha and Series 40 phones, but maintain support for customers who own the phones.

In a blog post a week ago, Nadella hinted at the move, saying Microsoft had to “change and evolve” its culture for the “mobile-first and cloud-first world.”

Shares of Microsoft closed up 45 cents, or 1 percent, to $44.53 on Thursday. The stock is up about 19 percent since the start of the year.