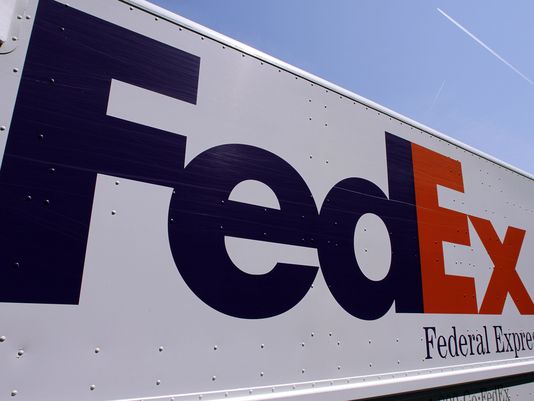 A FedEx delivery truck is seen at the Illinois State Capitol Wednesday, May 16, 2012 in Springfield, Ill. (AP Photo/Seth Perlman)

The indictment filed in federal court in San Francisco alleges that FedEx Corp. conspired with two related online pharmacies for 10 years ending in 2010.

The Department of Justice announced the charges in Washington, D.C. It wants FedEx to forfeit $820 million it says the cargo company earned by assisting the illicit pharmacies.

The Memphis, Tennessee-based delivery company is accused of shipping powerful sleeping aid Ambien, anti-anxiety medications Valium and Xanax, and other drugs to customers who had no legitimate medical need and lacked valid prescriptions.

FedEx insists it did nothing wrong. The world’s largest cargo company says it handles 10 million packages a day and shouldn’t be in charge of “assuming criminal responsibility” for every delivery.

“We will plead not guilty. We will defend against this attack on the integrity and good name of FedEx and its employees,” company spokesman Patrick Fitzgerald said in a written statement.

Fitzgerald said the Drug Enforcement Agency has refused FedEx’s request for a list of online pharmacies under investigation. Without such a list, Fitzgerald said it’s impossible to know which companies are operating illegally.

The Justice Department alleges that federal officials have been telling FedEx since 2004 that it was shipping dangerous drug without a prescription. The indictment also alleges that FedEx couriers in Kentucky, Tennessee and Virginia warned executives about suspicious drug deliveries.

FedEx first disclosed the federal investigation in a regulatory filing in November 2012.

The investigation of the country’s two largest shippers stems from a blitz against the proliferation of online pharmacies launched in 2005 in San Francisco. Since then, dozens of arrests have been made, thousands of websites shuttered, and tens of millions of dollars and pills seized worldwide as investigators continue to broaden the probe beyond the operators.

The executive director of Express Association of America, a trade group created by FedEx, UPS and three other delivery services, said there is no industry-wide effort to address the policing of prescription drug deliveries.

“It’s not the kind of issue we deal with as an association,” association chief Mike Mullen said.

In 2011, Google Inc. agreed to pay $500 million to settle allegations by the Justice Department that it profited from ads for illegal online pharmacies.

A federal jury in 2012 convicted three men of operating illegal pharmacies that used FedEx and UPS to deliver drugs without proper prescriptions. Seven others were convicted in San Francisco previously.