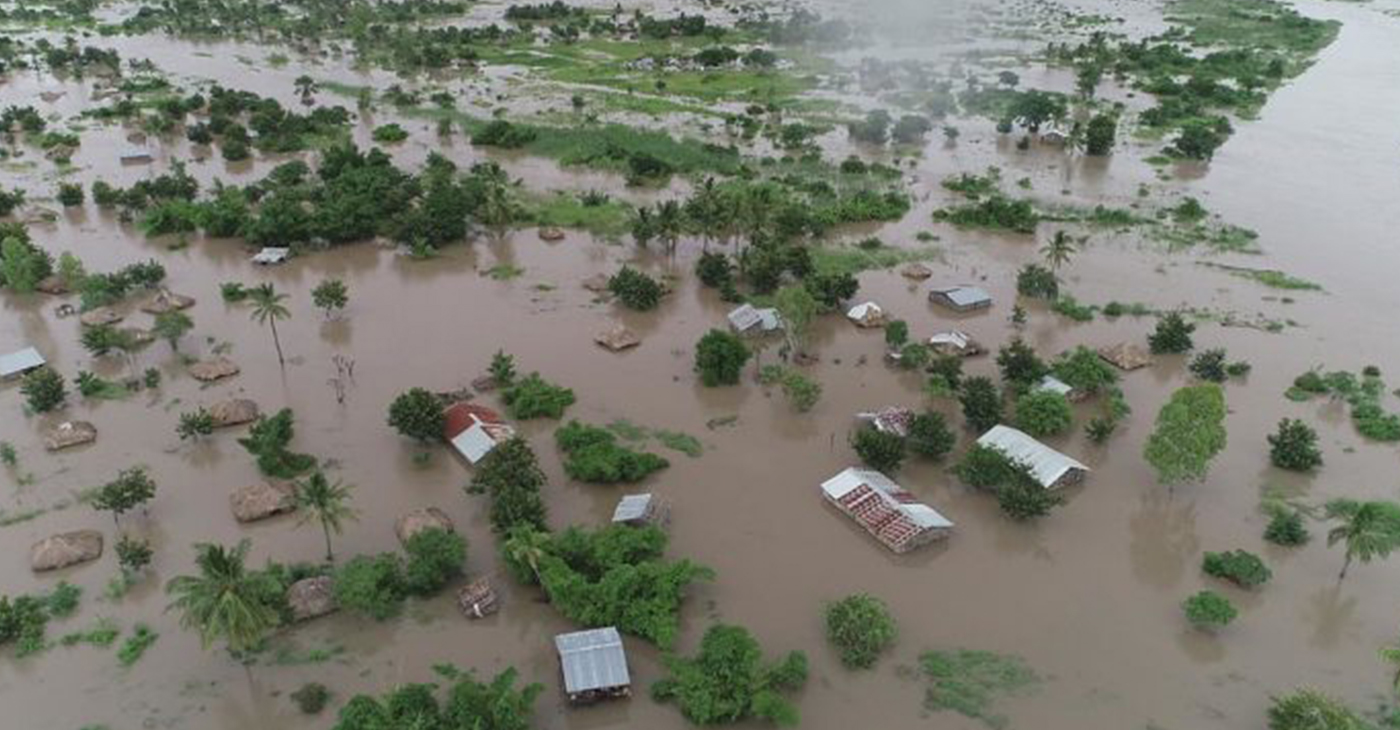 A powerful cyclone moving at over 100 miles per hour unleashed deadly floods in southern Africa over the weekend, leaving a moonscape of mud where the bustling port city of Beira in Mozambique had been.

“The scale of devastation (in Beira) is enormous,” said Jamie LeSueur, leader of the International Federation of Red Cross and Red Crescent Societies (IFRC) team there. “It seems that 90 percent of the area is completely destroyed.”

On Sunday, the last road to the city of about 530,000 people was cut off when a large dam burst, the IFRC reported.

In Zimbabwe, the mountainous Chimanimani district was isolated by torrential rains and winds that swept away roads, homes and bridges and knocked out power and communication lines.

Zimbabwean rescuers struggled to reach people whose homes were flattened by rock falls and mudslides or washed away by the strong rains.

In Beira, where Cyclone Idai first made landfall, a 14 foot storm surge severed communication with other villages along the coast. Beira is Mozambique’s second largest port where vital shipping to the central part of the country, including Zimbabwe and Malawi, takes place.

Early Monday, rescuers launched dinghies onto chest-high waters, navigating through reeds and trees – where some people perched on branches to escape the water.

President Filipe Nyusi, speaking on Radio Mocambique, said he had flown over the affected region, where two rivers had overflowed. Villages had disappeared, he said, and bodies were floating in the water.

“Everything indicates that we can register more than one thousand deaths,” he said.

More than 1.5 million people have been affected across the three countries by Idai. Mozambique Red Cross volunteers are already on the ground as well as the IFRC’s international team,” said IFRC’s Euloge Ishimwe.

Ironically, Mozambique, like many other countries in southern Africa, suffered a major drought two years ago. Farmers lost their cattle and crops failed.

African populations are already suffering the increasing effects of climate change, said Kristalina Georgieva, acting president of the World Bank Group. “This is the case with Cyclone Idai, which has been sweeping through southern Africa since Mar. 16”.

It is not now known whether affected residents received warning of the impending storm. However images of tropical cyclone were captured on a NASA satellite on Mar. 12 and on Mar. 19 by Mozambique’s National Institute of Meteorology.