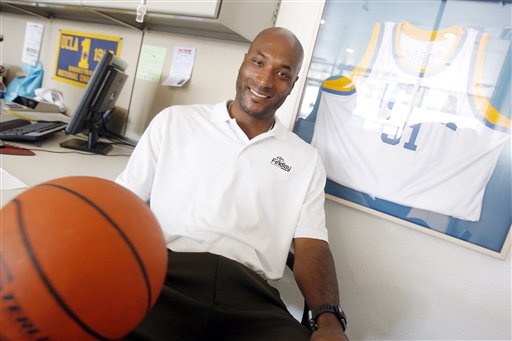 An antitrust lawsuit against the NCAA took a new twist when former UCLA basketball star Ed O’Bannon and 19 other former athletes gave up their claim to individual monetary damages, just weeks before the case is scheduled to go to trial.

An attorney for the plaintiffs said the move was made so the focus would be on the NCAA in the trial, and not on money sought by the former players. Michael Hausfeld said it simplifies the case by avoiding having a jury try to figure out which players were harmed and whether they should be compensated for that harm.

If the case goes forward without individual damage claims, U.S. District Judge Claudia Wilken would issue a trial verdict on the antitrust issues without a jury.