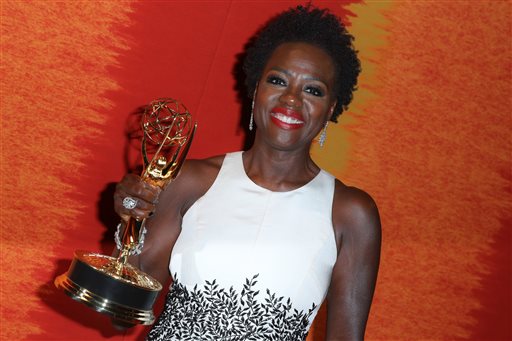 “This is absolutely a great sign,” Davis said of the recognition. “It’s the fact that television has expanded. There are different networks, therefore there are different narratives. They have to be inclusive of sheer numbers. I just feel it’s our time. We have a black president, a black first lady. Looking at the global world in a homogenized way doesn’t work any more. We now include the gay community, transgender, black and Asian. We look at the world differently now. When I was young, it was The Brady Bunch and Sanford and Son. If you were Hispanic you liked Disco. I you were white you liked Rock n’. Roll. The world doesn’t work that way anymore. It’s a case of art imitating life.”