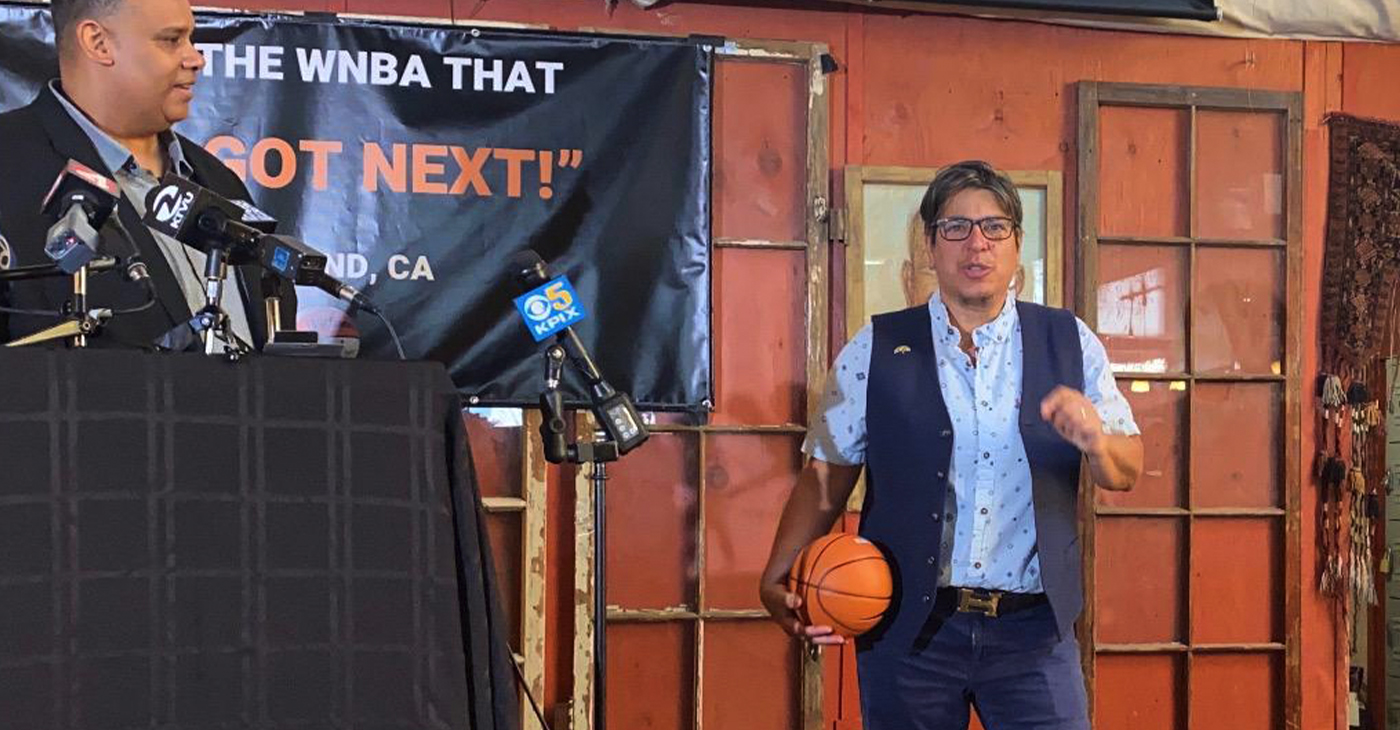 Oakland Vice-Mayor Rebecca Kaplan will introduce a resolution on Sept. 20, 1:30 p.m. to the Oakland City Council urging the Women’s National Basketball Association (“WNBA”) to approve the City of Oakland as the home for a new WNBA Team.

The WNBA has discussed plans to expand the number of WNBA teams on its roster for the past number of years. Kaplan said, “the City of Oakland must make it clear that not only are we supportive of bringing a WNBA Team to Oakland but are excited to be partners and collaborators with the WNBA during the expansion. This resolution, therefore, extends our strong support towards this effort and urges the WNBA to make Oakland the home for a WNBA team.”

When asked by the Post whether she had heard that San Francisco might be a potential WNBA competitor, even though Oakland started first with its bid, Kaplan said, “Oakland is ideally suited for a WNBA team because of our fervent and rooted fanbase, existing arena space and shared core values with the WNBA. The Bay Area has the fourth-highest number of WNBA fans among U.S. markets without a WNBA team — 418,816 WNBA fans, higher than eight current markets with a WNBA team. More than a half million Bay Area market adults play basketball, and the Bay Area ranks in the top 30 markets in household delivery for the WNBA Regular Season.”

In October of 2021, it was announced that WNBA Champion and four-time WNBA All-Star Alana Beard, who spent 15 years playing the WNBA and earned back-to-back Defensive Player of the Year honors, and Attorney Jade Smith-Williams, of the law firm Baily & Glasser, LLP, a local Oakland women’s basketball legend and who played professionally overseas, would join in the leading efforts by the African American Sports and Entertainment Group (“AASEG”) to have an Oakland Black and Women WNBA Team ownership process.

In addition to a strong fan base, Oakland already has a world-class arena at the center of a multimodal corridor ready to house a WNBA team. The Oakland Arena is easily accessible by both highway and public transportation, complete with a pedestrian bridge that allows fans direct access from the Coliseum BART station. The arena sits on 132 acres with 10,000 on-site parking spaces. It is also airport accessible, and a stone’s throw away from the Capitol Corridor rail line. This multimodal connectivity will allow not only Oaklanders to conveniently attend games but also fans from across California. From former Monarchs supporters to women’s basketball enthusiasts, Oakland will draw fans from the Bay Area megaregion and beyond.

Kaplan states, “Oakland is a community that values social justice, equality, and women’s rights. These principles align with those of the WNBA, and we are ready to move forward as a partner in advancing those goals as the home for a new WNBA team.”