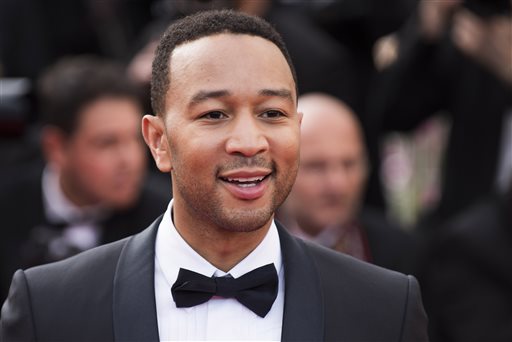 In this May 13, 2015 file photo, John Legend arrives for the opening ceremony and the screening of the film “La Tete Haute” (Standing Tall), at the 68th international film festival, Cannes, southern France. Legend is bringing his talents to a TV drama about Southern slaves fighting for freedom. (Photo by Arthur Mola/Invision/AP, File)

BEVERLY HILLS, Calif. (AP) — John Legend is bringing his talents to a TV drama about Southern slaves fighting for freedom.

WGN America says Legend and his production company will be in charge of the score and soundtrack for “Underground.”

The drama is in production in Baton Rouge, Louisiana. It stars Aldis Hodge as the organizer of an escape effort by plantation slaves. Jurnee Smollett-Bell and Christopher Meloni co-star.

WGN America told a Television Critics Association meeting Wednesday that Legend’s company will also serve as an executive producer for the drama.

In a statement, Legend says he believes the story of people brave enough to risk everything for freedom will be inspirational.

He and his songwriting partner, Common, won an Oscar this year for the song “Glory” from the civil rights movie “Selma.”