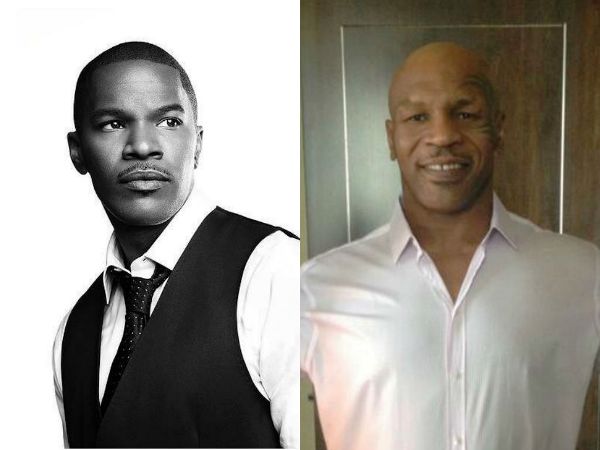 Jamie Foxx (L) is set to portray Mike Tyson ® in a new biopic through the help of CGI technology. (Photo: Facebook/Jamie Foxx/Twitter/@MikeTyson)

(Fashion Times) – Mike Tyson announced that Jamie Foxx is set to portray his younger self  in a new biopic through the help of CGI technology.

Tyson, who became the youngest heavyweight champion at 20, revealed that the Oscar-winning actor will portray him in different stages of his life, and in order to make that possible, they will be using the same special effects that transformed Brad Pitt from an old man to a baby in David Fincher’s fantasy-drama film “The Curious Case Of Benjamin Button.”

“Me and Jamie Foxx are in discussion, and we gonna do it,” Tyson told the Daily Mirror. “Within a year to 18 months, we’re going to do the Mike Tyson story and he’s going to portray me, and now they have this new animation; because you know Jamie’s pretty much my age (Tyson is 48, Foxx is 46) so he can’t portray me but they have this new system.”

Tyson also said that “Goodfellas” director Martin Scorsese would also be involved in the project.

Movie Review: Get On Up By Dwight Brown