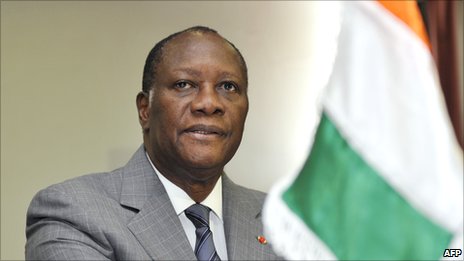 Ivory Coast’s president, who took office after a protracted, bloody struggle with his predecessor, says he will run for a second term in 2015.

Alassane Ouattara made the announcement Wednesday while visiting the northern town of M’Bengue. He says he wants another five-year term to continue “the important work” already underway.