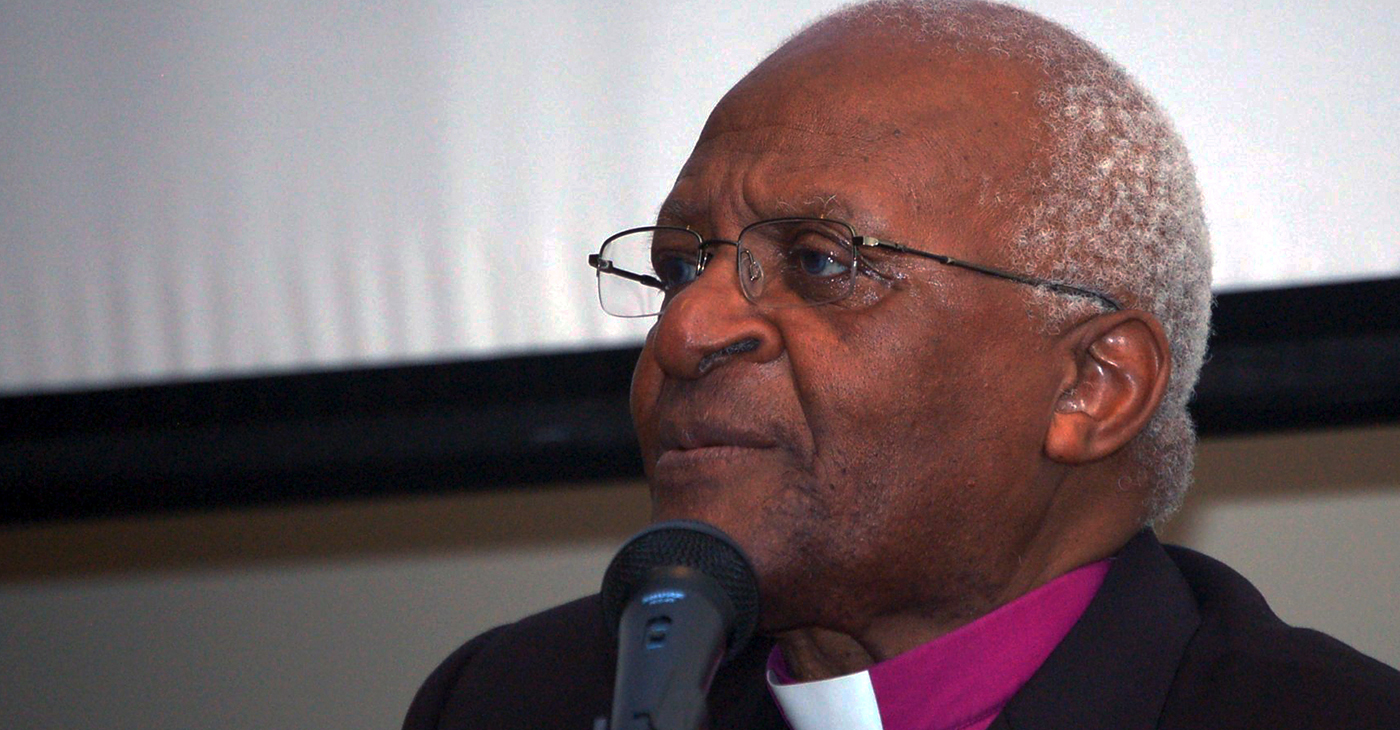 South African Archbishop Desmond Tutu, the Nobel Peace Prize-winning symbol for racial justice and human rights, has died at the age of 90.

On Sunday (December 26), South African President Cyril Ramaphosa announced his death in a statement, saying, “The passing of Archbishop Emeritus Desmond Tutu is another chapter of bereavement in our nation’s farewell to a generation of outstanding South Africans who have bequeathed us a liberated South Africa.”

Ramaphosa added, “A man of extraordinary intellect, integrity and invincibility against the forces of apartheid, [Tutu] was also tender and vulnerable in his compassion for those who had suffered oppression, injustice and violence under apartheid, and oppressed and downtrodden people around the world.”

In 1975, Tutu — who was a primary voice in urging the South African government to end apartheid — became the first Black bishop of Johannesburg, South Africa’s capital, and later the first Black Archbishop of Cape Town. In 1984, Tutu was awarded the Nobel Peace Prize for his non-violent opposition to apartheid.

Tutu was diagnosed with prostate cancer in the late 1990s and was admitted to the hospital several times in recent years.

This morning we lost a humble man of peace who left a lasting impact on our world. Rest in power Archbishop Desmond Tutu. pic.twitter.com/3zQWPcZJm2

I am deeply saddened to hear of the death of Archbishop Desmond Tutu.

He was a critical figure in the fight against apartheid and in the struggle to create a new South Africa – and will be remembered for his spiritual leadership and irrepressible good humour.

Thankful for the transformational life and legacy of Archbishop Desmond Tutu.

Archbishop Desmond Tutu was a mentor, a friend, and a moral compass for me and so many others. A universal spirit, Archbishop Tutu was grounded in the struggle for liberation and justice in his own country, but also concerned with injustice everywhere. pic.twitter.com/qiiwtw8a5B

His Holiness the Dalai Lama sends his condelences on the passing of Archbishop Desmond Tutu. https://t.co/njLb7BY3Ky

The @NelsonMandela Foundation is saddened to hear of the passing of Archbishop Emeritus Desmond Tutu. This loss is immeasurable. Our deepest condolences go out to Mam Leah and the Tutu family.

The Archbishop of Canterbury Justin Welby says the late Archbishop Emeritus Desmond Tutu had an impact on many across the globe and that the world is different today because of him.https://t.co/FG52F3g1AA

Archbishop Desmond Tutu reminded us all that the search for justice begins in the heart. Those of us touched by the gift of his life owe it to him to pass it on.

IN MEMORIAM: Gone But Not Forgotten