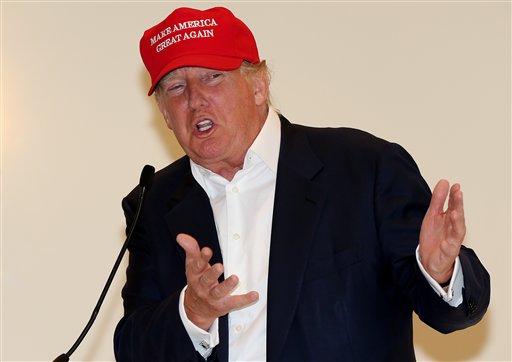 (The Washington Post) – Republican candidates ahead of their second debate are flummoxed about how to deal with the perpetual insult machine that is Donald Trump: Most ignore him in hopes he will go away, while a few lash out at him. Yet he keeps rising in the polls.

Of course he does — because his opponents are following the wrong script. They treat him as if he were a conventional candidate, and not the schoolyard bully he has been acting like. There is nothing to be found in the Lee Atwater or Karl Rove playbook to handle Trump. His competitors would do better going to StopBullying.gov, the Web site for a public-service campaign run by the Department of Health and Human Services.

Substitute “candidate” or “candidates” for each mention of “child,” “children” or “kids” on StopBullying.gov, and you quickly see how Trump has been mishandled:

“Bullying is unwanted, aggressive behavior among candidates that involves a real or perceived power imbalance. The behavior is repeated, or has the potential to be repeated, over time. Bullying includes actions such as making threats, spreading rumors, attacking someone physically or verbally, and excluding someone from a group on purpose.”