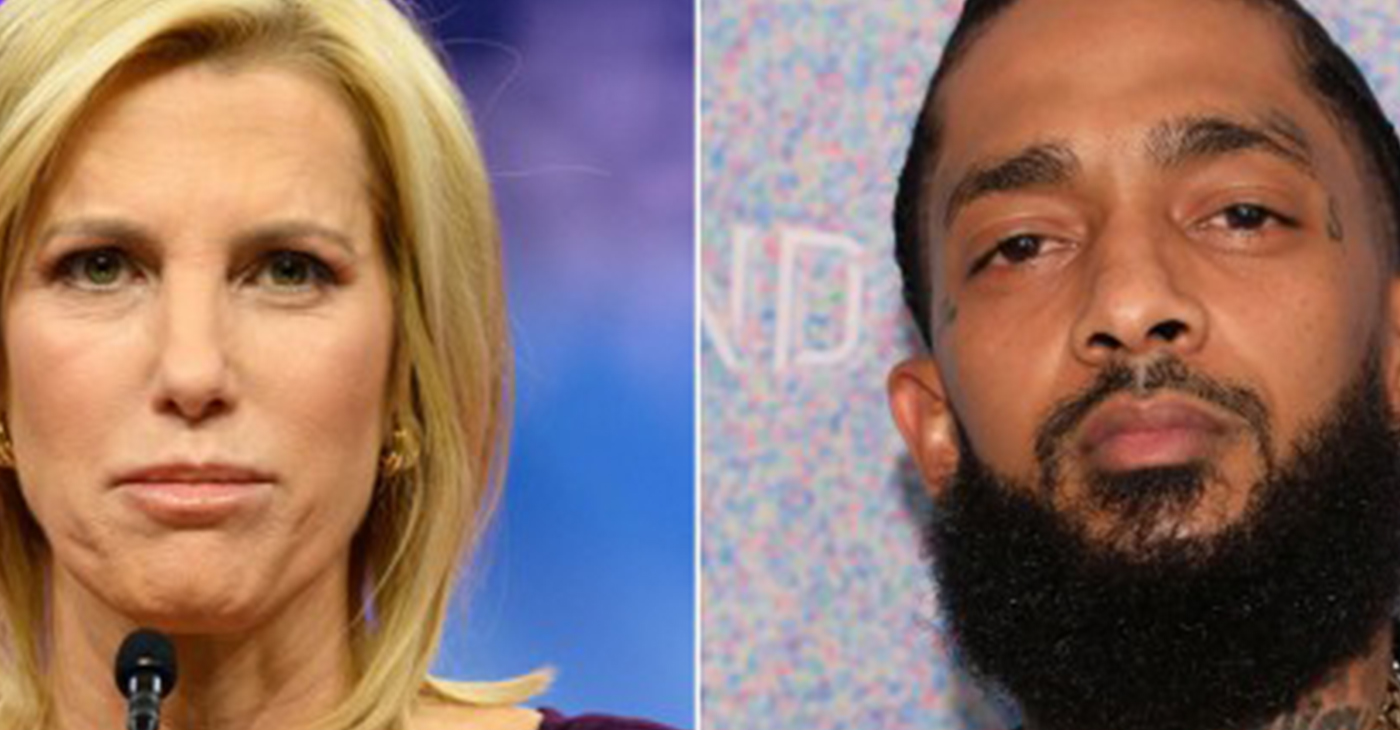 Snoop Dogg, The Game, and T.I. are among the rappers who have called on the Fox News Network to fire anchor Laura Ingraham after a segment where she appeared to be mocking late rapper Nipsey Hussle.

Ingram sarcastically referred to Hussle as “this dear artist” before playing a clip of a protest song Hussle did with fellow L.A. rapper Y.G. titled “FDT” released during the 2016 presidential campaigns.

“Ok, that’s a very creative refrain,” Ingraham said of the chorus which includes the lines “F– Donald Trump”. “The chorus goes on and on, is that related to the lowest unemployment ever, basically for African Americans?”

Compton rapper The Game spoke out on Instagram saying calling for her to be fired.

“We are NO LONGER laying quiet while you continuously disrespect our brother, culture African Americans as a whole,” he wrote. “I will use my platform & call on my peers to do the same. Nips passing nor his legacy is to be taken lightly as there will be consequences for any disrespect now or in the future as long as I have a voice!!!”

“This is Disgusting! You both are vile despicable, poor excuses for people.” said T.I. who also shared the segment. “My expectations have already decreased so much for mankind in the past couple weeks that this hardly surprised me… especially from @foxnews. But rest assured that sooner than later you’ll BOTH see… WE ALL GET OUR TURN TO LIVE THROUGH OUR OWN PERSONAL TRAGEDY… and watch how many people dance in the streets, laugh and crack distasteful inappropriate jokes when it’s YOUR TURN!!!! Karma is constant & the laws of reciprocity ARE IN ORDER!!!! Neither of you WILL EVER know or experience the level of love, appreciation and respect that Nip has… EVEN IN DEATH!!! So let that sizzle in ya lil hateful, demonic spirits. And with that… I’m logging off IG at least a month or so…”

This article originally appeared in the LA Focus.

COMMENTARY: Black families have a dime for every dollar held by Whites