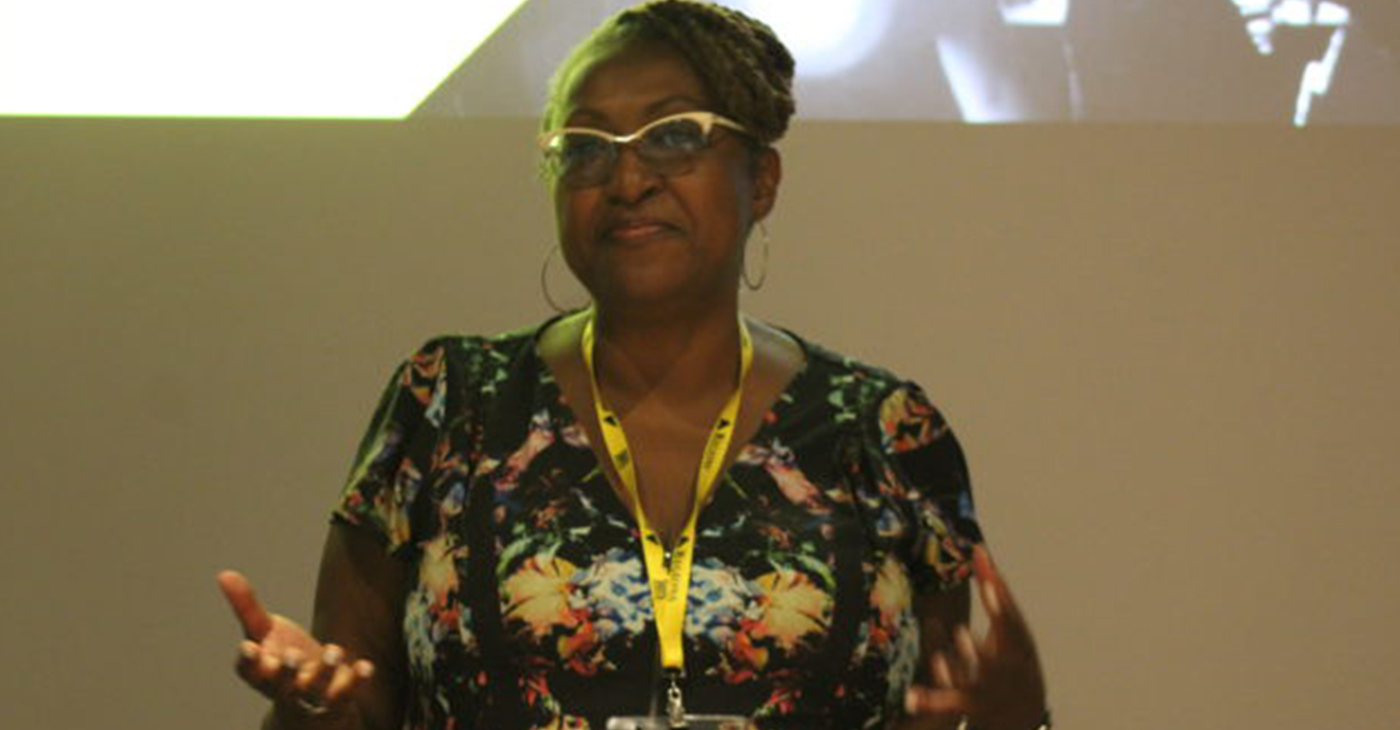 Coming of age during the growth of hip-hop in the mid-1980s and working at the legendary Def Jam Recordings and Rush Artist Management gave filmmaker Lisa Cortés a unique insight about music culture.

“I was a woman in hip-hop, behind the scenes. … [Working on this film] allowed me as a storyteller to pay homage to some incredible sisters,” said Cortés, who partnered with co-director Farah X on the film. “I always have a personal connection to the films I’m involved with, but this I think was super-personal. It also was reflective of a passion I’ve had for many years to make certain that the narrative … about hip-hop’s pioneers is an inclusive one.”

“We create culture but don’t participate in the longevity of it in terms of the business part,” Hylton said in the film.

Cortés, who was in Birmingham for the screening in the festival’s new theater in the Pizitz Building, said “The Remix” looks at stylists and the role women played in creating fashions that not only became iconic for the artists but also transcended and had a huge impact on global fashion—and was “appropriated and sold back to our community,” said Cortés.

“I just felt like it was a wonderful way to combine my desire to change the scope of hip-hop narratives,” most of which, she added, lean toward a male perspective.

From hip-hop’s beginnings, however, women have been there, Cortés said: “There has always been a partnership between men and women in this space. Unfortunately, there haven’t been a lot of … opportunities for the stories of women’s contributions to be told.”

Viewers of “The Remix: Hip-Hop X Fashion” will resonate with the stories of empowerment and fashion or with the music, said Cortés.

Hearing from hip-hop pioneers allows the audience to learn things they may not know “about this intersection of fashion and music, particularly hip-hop music,” Cortés said. “There’s a discovery of some incredible architects who are a part of this movement.”

The audience also gains recognition of the cyclical nature of fashion, of the place of black excellence and creativity, “of our ability to take straw and spin it into gold in what we do,” she said, adding that people sometimes wear clothing and hairstyles that become a phenomenon, but they don’t know the origins.

“In excavating these origin stories, we can see that there’s been a long history of African Americans taking fashion, recontextualizing it in our own style, wearing it in a political manner, and then … co-opting and recycling it into our culture,” Cortés said.

Alan Hunter, who helped found the Sidewalk Film Festival 21 years ago and is now chair emeritus of the festival’s advisory board, said the “The Remix” was an important part of the screenings.

Hunter, who is also a former MTV DJ, added, “I thought the film was great. It took a much deeper dive than I would have expected it to. … You can’t have just a nice, frothy look at some of the great designers in hip-hop culture without going back to the reason they were designing these kinds of clothes.”

Cultural appropriation versus cultural appreciation is a topic worthy of discussion, he said: “That’s on everybody’s mind, whether they know it’s on their minds or not. Everybody’s trying to appropriate one culture or the other, and the music business is certainly the epicenter of the cross-fertilization. … That meant something to me [while watching the film.]”

Michele Forman, immediate past president on the Sidewalk Film Festival advisory board, said the film was “incredibly watchable, but it’s really deep.”

“I thought [it] was very revealing about how successful some of these iconic figures were,” she said. “The thing to me that was most heartbreaking is that their style impact has gone on for decades after their innovation, and they’ve not been the ones to profit [from] it. I think the film does a very good job of being able to map out how that kind of business happens.”

Andrew Jones of Birmingham said the film resonates with his brand Fly V and what he’s trying to create for the culture of Birmingham.

“I really appreciated the fashion designers and the creativity that was shown,” he said. “[The film] showed the struggles of some designers and how the fashion industry works, [as well as] some of the struggles they have when trying to promote their brand and creativity. … I think [the directors] did an awesome job with a lot of the scenes and messages in the movie.”

“The Remix: Hip-Hop X Fashion” also showed the importance of being persistent and not focusing on recognition, said Jones: “As long as you’re true to yourself and true to your talent and creativity, it’ll all come together in the end.”