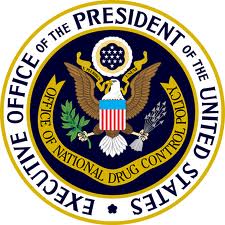 WASHINGTON (NNPA) – Although President Obama has yet to declare an end to the 40-year-old war on drugs, he has placed the weight of his office on viewing drug addiction as more than just a criminal justice issue.

Last Wednesday, Obama released his 2012 National Drug Control Strategy, which recognizes substance abuse as a “chronic disease of the brain that can be prevented and successfully treated.”

The president said, “…This Administration remains committed to a balanced public health and public safety approach to drug policy.  This approach is based on science, not ideology – and scientific research suggests that we have made real progress.”

Richard Nixon declared America’s drug problem a public safety issue in 1972 and in the time since, the nation has remained the leader in illicit drug use and incarceration.

In 2011, a reported 22.5 million Americans over 12 have used illicit drugs, representing about 9 percent of the population, according to the National Survey on Drug Use and health.  About 10 percent of Black people were reported as having problems with substance abuse, compared to 8.2 percent of Whites.

That’s about 4 million African Americans and 11 million Whites. In terms of the criminal consequences for involvement with drugs, however, the numbers flip.

Currently, America has the highest incarceration rate in the world, with African Americans representing about 45 percent of the total U.S. prison population, compared to 29 percent for Whites and 20 percent for Hispanics.

Get tough strategies, such mandatory minimum sentencing and harsher punishment for crack cocaine use than for powder cocaine use, has contributed to the mass incarceration of African Americans that some are calling the “New Jim Crow.”

However, President Obama and Director of the National Drug Control Policy Gil Kerlikowske have outlined new tactics to approach the drug problem with an emphasis on prevention and treatment rather than just incarceration.

On a telephone conference call with reporters on Tuesday, a day before the strategy was publicly announced, Kerlikowske said, “It’s a public health issue, not just a criminal justice issue. Law enforcement plays a vital role, but we can’t arrest our way out of the drug problem.”

The national strategy promotes prevention by educating young people through community-based and national programs such as the Drug-Free Communities Support Program, as well as providing prevention strategies to law enforcement agencies, community organizations, and employers.

“Every dollar invested in schools has the potential to save up to $18 in costs based in substance abuse problems,” Kerlikowske said.

“Early detection and treatment of a substance abuse problem by a health care professional is more effective and less costly than dealing with a chronic substance use disorder,” the strategy fact sheet observed.

The Affordable Care Act aids in the expansion of care to those with substance abuse problems by requiring insurance companies to provide coverage that treats substance abuse as it would any other chronic disease.

The Strategy will also impact criminal justice efforts by:

According to a recently released Government Accountability Office (GAO) report, the Office of National Drug Control Policy hasn’t made progress in achieving the majority of the goals of its 2010 Strategy, given overlap and an increase in marijuana use among 12 to 17-year-olds.

The GAO criticizes the ONDCP’s approach to abuse prevention, which is exacerbated  by the reality of treatment and prevention programs being spread across a number of federal agencies that provide “overlapping services.”

In the report, the ONDCP agreed with the GAO’s suggestion and stated it will work with agencies to better coordination between them.

Although the changes in the updated strategy do not mark an official end to the war on drugs – something Kerlikowske says would not be a wise policy – they bring hope to organizations such as the NAACP which has been working to quell the mass incarceration of African Americans as a result of drug policies.

Hilary Shelton, NAACP senior vice president for policy and the director of the Washington Bureau of NAACP, said this move by the Obama administration “begins to reframe the pathway in our country as we address the issue of drugs.”

He said, “Our country is shifting and that is a good thing,” Shelton says. “I’m happy to see we have an administration that gets it, and a drug czar that is working to fix the drug problem in a real way.”

Obama Says Too Soon to Declare Demise of His Domestic Agenda

Republicans Continue to Ignore Black Voters at Their Peril