Google Announces OnHub, a WiFi Router That Gets Rid of Wires and Flashing Lights
Advertisement 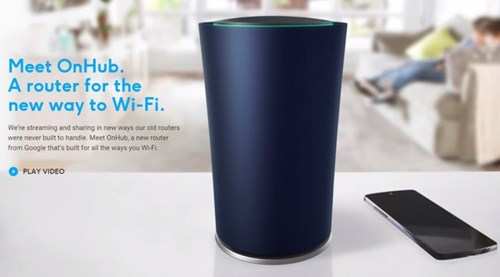 (Irish Examiner) – Just because you’re one of the biggest technology companies in the world doesn’t mean you don’t get annoyed by the blinking lights, tangled wires and changeable connection speeds of modern-day WiFi.

This is exactly the mindset Google has taken on, with the internet giant announcing it is launching a WiFi router of its own: OnHub.

As the video shows, OnHub has just a single status light, with most of the admin taking place through a new app called Google On, which will work on Android and iOS devices. The app will give users the ability to monitor signal strength as well as see solution options for any connection problems.

How to Stay Powered Up When You’re in the Wild