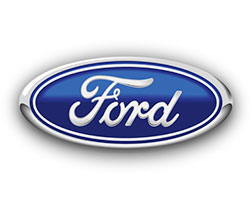 Volvo and Audi are not the only automakers looking toward a future where vehicles can safely park themselves.

U.S. automaker Ford is getting into the act, showing off a prototype Fully Assisted Parking Aid system at a proving ground in Belgium last week that would allow a driver to exit a vehicle and watch it park itself.

“Imagine you’re in a parking garage and the only spot available is too small to open your door,” Ford spokesman Scott Fosgard said in an interview with Automotive News. “This would let you get out, and it would park for you. Then when you want to leave, it pulls out and lets you in.”

Parking assist uses ultrasonic sensors to scan for parking spaces — both parallel and diagonal — while the vehicle travels as fast as 18 mph. ” The car would park itself at the push of button on the dashboard or a smartphone app if a driver wanted to get out before parking (but it may be after mid-century before even more futuristic cars can fold “Jetsons-like” into briefcases).