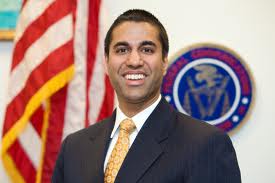 (WCBE) – The Federal Communications Commission is preparing to hear public comment on a controversial proposal to create what some call a web superhighway.

One of the five commission members was in Columbus yesterday to talk about that and some of the other issues the panel is facing.  Ohio Public Radio’s Karen Kasler reports.

Ajit Pai may be just one voice on the FCC, but he has some strong opinions. Hes just proposed that the FCC hold an up-or-down vote on getting rid of the FCCs blackout policy, which prohibits cable or satellite companies from airing NFL games if local broadcasters can’t air them because they aren’t sold out.

I think whatever validity the rule might have had back in 1975 when we adopted it, its outlived its usefulness and it harms fans all across the country.

Government Wants to Make Cars Talk to Each Other