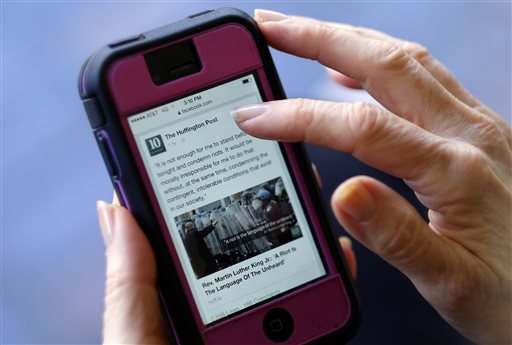 In this Tuesday, April 28, 2015 photo, an unidentified person uses a mobile phone to read the news from The Huffington Post on Facebook, in Los Angeles. (AP Photo/Richard Vogel)

(NBC News) – Facebook is tweaking its News Feed again, with yet another update that gives users more control over what they see in their streams. This time, Facebookers can choose which friends’ and brands’ updates they want to see first.

“We rank [items in] your news feed with the goal that whether you have five seconds or five minutes, you’re seeing the best of what’s in your feed,” Greg Marra, product manager at Facebook, told NBC News in an interview. “We know we don’t always get that perfect right now.”

The new “see first” feature is part of a revamped batch of preference controls rolling out to Apple iOS users July 9 and to Android and desktop over the next several weeks.

What’s Next for Windows Phone?