Everybody Loses with the Floyd Mayweather vs. Andre Berto Snoozer
Advertisement 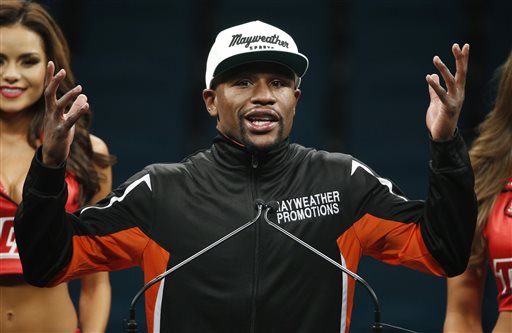 Mayweather shared the news via Instagram on Tuesday. The 38-year-old fighter from Grand Rapids, Michigan, will face Andre Berto live on Showtime pay-per-view. The bout will take place at the MGM Grand in Las Vegas, the de facto home of Mayweather’s big-money PPVs. Mayweather also lives and trains in Las Vegas, his adopted hometown.

“I always bring my A-game, and this fight against Andre Berto is no exception,” said Mayweather, via a Showtime press release. “He’s a young, strong fighter who is hungry to take down the best. Forty-eight have tried before, and on Sept. 12, I’m going to make it 49.”