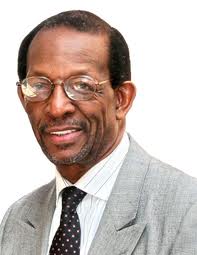 The 50th Anniversary of Bloody Sunday, the Selma to Montgomery March, and the passage of the historic Voting Rights Act of 1965 and Dr. Martin Luther King’s role in these events is correctly capturing the imagination of Black America. However, there is another set of events that should also receive attention of our people. This year also marks the 50th memorial of the assassination of Malcolm X; it is also the year of his 90th birthday.

It seems odd that very little attention is being devoted to the anniversary dates of the life and legacy of such an extraordinary leader. It is as if Black America is gripped by a case of historical amnesia. But this is not the first time we’ve suffered from the disorder.

On Feb. 21, 1990, more than 3,000 people jammed into the Abyssinian Baptist Church in Harlem for the 25th memorial of the assassination of El-Hajj Malik El-Shabazz, Malcolm X. Another 1,000 or more gathered in the street to watch the program on a television monitor, hastily positioned in a church window. Inside, C-SPAN broadcast live ringing tributes to the life and legacy of our “Black Shining Prince.”

The audience rose for a prolonged rousing ovation as Turner proclaimed, “Malcolm, we will never forget you!” Betty Shabazz, who had never attended a memorial on the anniversary of the assassination of her husband, was visibly moved by the tremendous outpouring of admiration, love and affection for one of the greatest leaders in the history of Africans in America.

The commemoration was hosted by Rev. Calvin O. Butts, senior pastor of Abyssinian, and I had the honor of serving as moderator of this memorable occasion. Fortunately, the process of uplifting Malcolm did not end there. On May 19 of that year hundreds of people from around the country gathered in Omaha, Neb., Malcolm’s birthplace, for a national ceremony to celebrate his 65th birthday.

This magnificent season of celebrating Malcolm did not occur by accident; it was the outcome of a conscious strategy, a calculated plan devised by a group of leaders determined not to let the legacy of Malcolm be the victim of “historical amnesia.”

As the 25th anniversary of the assassination of Malcolm X approached in 1990, King was ascendant and celebrated, and justifiably so, as a seminal leader. But, Malcolm was not seen on par with Martin in the popular consciousness. His legacy languished on the margins of memory of a young generation of Africans in America, progressive youth/young people and much of Black America.

It was against this backdrop that a formation called the African American Progressive Action Network (AAPAN) resolved that 1990 should be declared “The Year of Malcolm X.” AAPAN created a National Malcolm X Commemoration Commission with James Turner as co-chairman, to coordinate the campaign.
The goal was not to denigrate Martin Luther King but to seize upon the 25th anniversary of the assassination of Malcolm to wage a campaign to elevate his profile beyond the true believers to a new generation of young activists and to remind folks of the unique contribution of Malcolm X to the liberation of Black people around the world.

Dr. Martin Luther King and Malcolm X are unquestionably the seminal leaders of the civil rights/human rights, Black Power, Nationalist/Pan-Africanist era that transformed the status of Africans in America. In a choice between Martin and Malcolm, it is clear that the power elite preferred Martin. Hence, Martin has been sanitized and elevated while Malcolm has largely been ignored, except in those periods when his devotees have refused to allow his contribution to be relegated to irrelevance.

Celebrating Malcolm X was not about diminishing Martin but enhancing the understanding of the life and legacy of Malcolm among the masses of Black folks. The campaign was highly successful. For years, the symbol X signified young people’s identification with Malcolm. Indeed, in 2005, on the occasion of the 40th memorial of Malcolm’s assassination, another massive commemoration was held at Abyssinian Baptist Church.

The current lack of major national recognition of the 50th memorial suggests the need for yet another campaign to prevent Malcolm’s memory from being relegated to relative obscurity. It is not that programs are not being planned. As is the case every year, there will be commemorations in New York and cities across the country. In fact, I’m told that young activists/leaders are conducting an “X Speaks” online. My concern is that the various commemorations are largely among the true believers and taken together they lack the public/visible scope and scale commensurate to the occasion of the 50th memorial of the assassination of Malcolm and the year of his 90th birthday. I simply believe that Malcolm deserves better.

Ron Daniels is President of the Institute of the Black World 21st Century and Distinguished Lecturer at York College City University of New York. His articles and essays also appear on the IBW website http://www.ibw21.org and http://www.northstarnews.com. To send a message, arrange media interviews or speaking engagements,  Daniels can be reached via email at info@ibw21.org.

To Be Equal: From Malcolm X to El-Hajj Malik El-Shabazz