Did Dana White Confirm That He Pays USA Today For UFC Coverage?
Advertisement 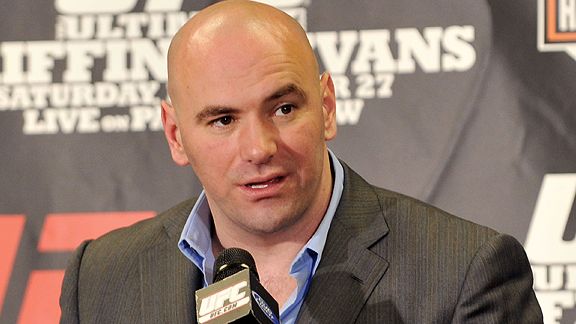 (Deadspin) – Within mixed martial arts circles, it has long been taken as a given that the UFC pays USA Today for coverage. As the rumor goes, the UFC buys advertising from USA Today with the tacit understanding that USA Today will cover the sport, and do so favorably.

USA Today is a lot of things. It’s USA Today, the national paper that you occasionally read in an airport or hotel bar, and also the USA Today Sports Media Group, which runs a number of sports websites. One of these is MMA Junkie, which is now, though it wasn’t always, USA Today’s primary vehicle for coverage of the UFC.

To be clear, the actual evidence for a media ethics scandal here has always been highly circumstantial, which is why we’ve never written about it. It’s true that MMA Junkie runs broadly positive coverage, and treats some important subjects—like efforts to unionize the sport—with kid gloves. But that’s not unusual. The UFC is much more hostile to the press than almost any other major promotional body in sports, and while part of this is just UFC figurehead Dana White’s pugnacious personality, it also has to do with the nature of the sport, which is highly centralized, making it much easier to control media access. To stay on White’s good side, some sites go so far as to brainstorm lists of topics not to write about so as to avoid incurring his wrath, such as financials. That doesn’t mean they’re all on the payroll. (It should be noted here that Deadspin is blacklisted by the UFC.)