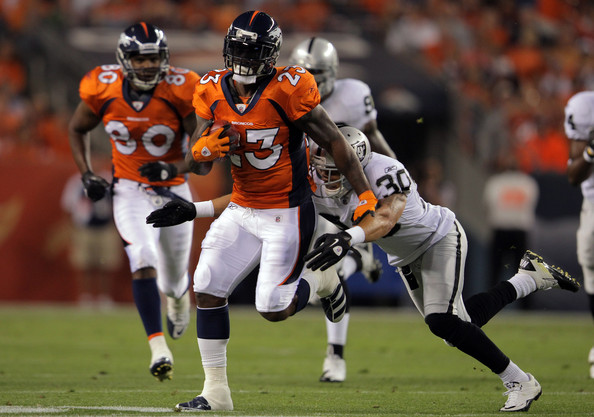 The Denver Broncos released running back Willis McGahee, the team’s starter the past two seasons, from their crowded backfield on Thursday.

“I knew it was going to happen. It is what it is. They are going younger,” McGahee told ESPN’s Josina Anderson.

Second-year pro Ronnie Hillman and rookie Montee Ball have been getting most of the work out of the backfield for the Broncos this offseason.

McGahee told ESPN he’ll be rooting for the running backs that remain on Denver’s roster to do well.

“I don’t have anything against the people behind me. Now they have the opportunity. I wish them nothing but the best of luck. They’re all good kids,” he said.

Can Jason Kidd, Never An Assistant, Succeed as a Head Coach?