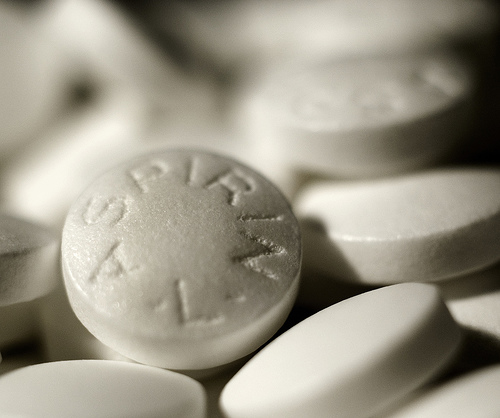 (Daily Mail) – Healthy people should be encouraged to take a daily dose of aspirin to ward off cancer, according to the leader of a new study highlighting the drug’s benefits.

The research shows that long-term use of aspirin significantly reduces the risk of developing major cancers, mostly affecting the digestive tract, and dying from them.

If everyone in the UK aged 50 to 64 took aspirin for 10 years an estimated 130,357 cancer deaths could be avoided over two decades, the study found. A further 9,473 fatal heart attacks would also be prevented.

On the other side of the equation, population-wide aspirin use would be expected to cause just under 18,000 deaths over 20 years, mainly due to internal bleeding and strokes.