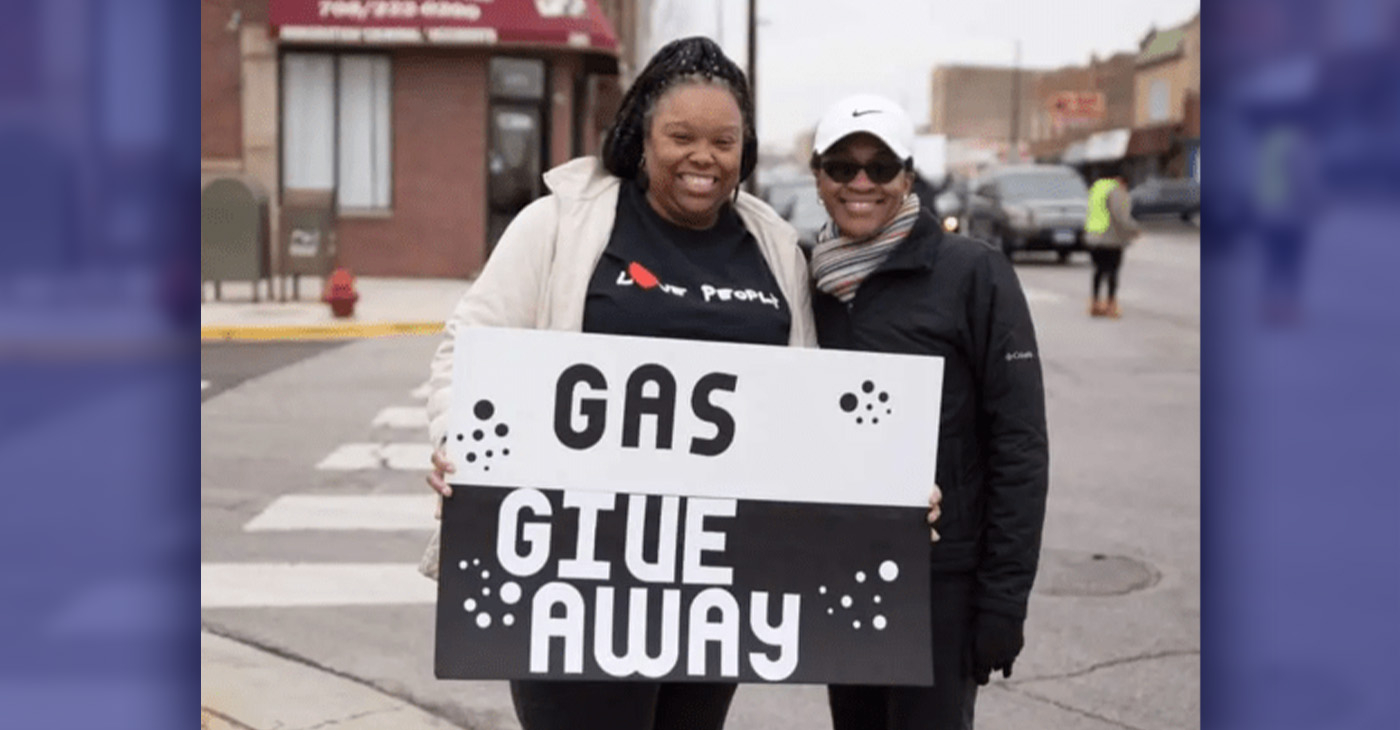 (WIB) – The early years of the pandemic triggered an increase in anxiety and depression worldwide and rates of drug overdose also rose significantly. But at a time when mental illness and disease affect so many, spreading love through random acts of kindness may help change how we think and feel.

Pastors Reggie and London Royal of Chicagoland-based Lifeline Church say chaos isn’t new, and now is the perfect time to “peek through…with the love of God.”

“Today is the day that we need [love] the most with what’s been going on in our country, in our nation, our world,” says London, who serves at the church alongside her husband.

Lifeline started the national holiday five years ago, but the church has been pouring out love onto their local Chicago community for nearly a decade.

They’ve gifted single mothers and members of their congregation with new cars and home makeovers, paid off members’ rent and utilities, and they’ve surprised people outside of the church too.

“We’ll just show up at a gas station and giveaway gas for a couple hours. We go into laundromats and spend some time just paying for washers and dryers,” says Reggie.

Random acts of kindness such as these have the power to change a person’s life for the better — to even rescue someone from a crisis or restore hope — but they also have a positive impact on the person who’s giving.

What Are the Health Benefits of Spreading Kindness?

Regardless of how a good deed is done, it could yield big health benefits to the giver — like less stress and more energy.

According to Dr. Christine Carter, executive director at the University of California at Berkley’s Greater Good Science Center, volunteering can lead to a longer life.

In the center’s magazine, she wrote “people 55 and older who volunteer for two or more organizations have an impressive 44% lower likelihood of dying early. And that’s after sifting out every other contributing factor, including physical health, exercise, gender, habits like smoking, marital status, and many more.”

“Giving help to others protects overall health twice as much as aspirin protects against heart disease,” she wrote.

Research shows that acts of kindness, like paying for a stranger’s meal or coffee, also aids against mental illness.

Performing the act increases the production of serotonin, a chemical in the body that causes relaxation and is often used in antidepressants.

According to research conducted by the University of British Columbia, sharing kindness can be therapeutic to people living with anxiety disorders too.

Doing a kind gesture for another person can protect the mind and body, but simply witnessing the act is enough to activate the production of oxytocin. Known as the “love hormone,” oxytocin is responsible for lowering blood pressure and boosting self-esteem.

How to Get Involved in the Kindness Movement

A simple way to spread kindness is by starting with neighbors, friends, and family. The National Love People Day campaign encourages participants to host a dinner or game night with loved ones.

In the week leading up to the official Sept. 30 day of service, the Royals and their church members surprised a local police station with donuts. London says the officers “didn’t expect that” and were taken aback by the gesture.

Other ways to show kindness include visiting a senior citizen or helping them with an errand, volunteering with an organization, or supporting a cause.

Outside of the National Love People Day, the Royals care for adopted children and write letters to men who are incarcerated.

To the world, London says “love everybody.”

“Sometimes we figure there are prerequisites to loving somebody. You have to be this, or you have to have done this or not do this. If you’re human, you deserve love.”

The post Yes, Spreading Kindness Could Make You Healthier appeared first on The Sacramento Observer.