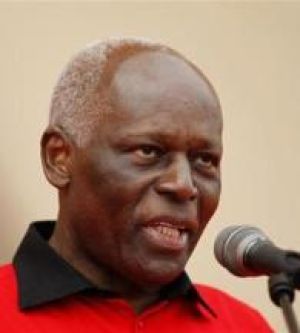 Special to the NNPA from the Global Information Network

Hundreds of millions of dollars may have been divvied up between Angola’s President, Eduardo dos Santos, and Russian and French arms dealers, in what has been called “one of the most egregious cases of financial crime and corruption encountered” by the investigative group Corruption Watch UK and the Angolan legal rights group Free Hands.

Their report, “Deception in High Places: the corrupt Angola-Russia debt deal” was presented this week to the European parliament “as a vivid example of the plundering that can take place in developing nations with the complicity of European bankers and tax havens.”

Release of the report was hosted by a Portuguese parliamentarian, Ana Gomes, and the Open Society Initiative for Southern Africa. The author, Andrew Feinstein, a former South African member of parliament and current director of Corruption Watch UK, was praised for producing the report despite potential legal challenges, and serious personal risk.

The reports shows how millions of dollars move through banks based in Switzerland, Luxembourg, Cyprus, the Netherlands, the British Virgin Islands and the Isle of Man to the benefit of powerful Angolan and Russian figures.

Angolan youth, feeling the winds of change from Egypt and the Arab Spring to the U.S. and the Occupy movement – are beginning to show their outrage at the waste of their patrimony.

At several rallies they called on the President to quit after 33 years at the helm of Africa’s No. 2 oil producer. Though small in numbers, the protests have provoked a violent clamp-down by authorities.

In a rare televised interview, President dos Santos this week dismissed the growing discontent. “We don’t see, at least I don’t perceive, any risk of social instability at the moment,” he said to Portugal’s SIC channel. “But that does not mean that there are not flash points once in a while.”

In 2004, The Economist headlined a story on Angola: “The shameless rich and voiceless poor.” Today, Angola is the second-largest trading partner of the U.S. in sub-Saharan Africa, and the second largest producer of oil in sub-Saharan Africa -an OPEC member that has allowed major U.S. oil companies to prosper.

General Electric recently invested some $2 billion in health and infrastructure and has taken orders for 100 locomotives to be built in South Africa for Angola and Mozambique. Other countries with building plans for Angola include Korea, China and Brazil.