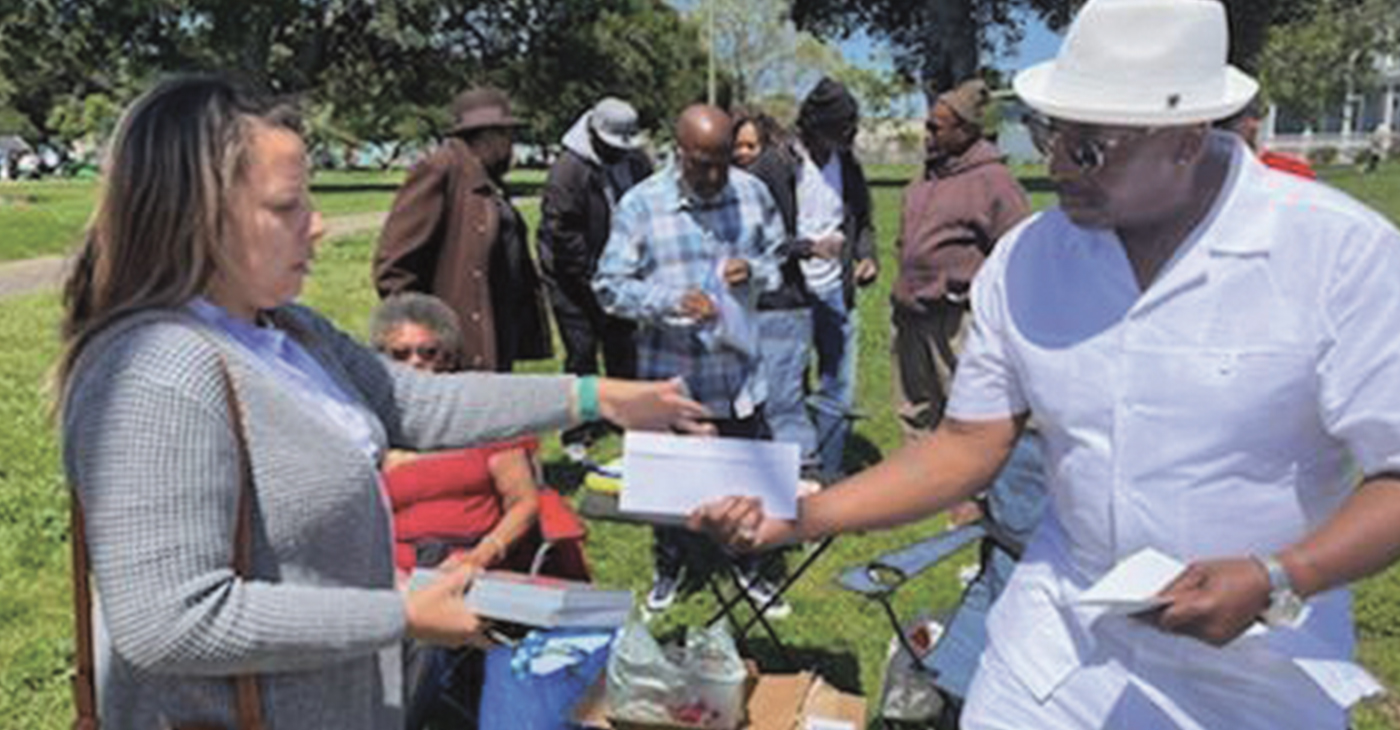 During my years in prison, nearly every inmate looked forward to celebrating Mother’s Day and Father’s Day, especially if they knew who their father was. And for those of us who were fathers, these holidays had special family meaning. Now, as members of the formerly incarcerated population, we continue to derive special meaning for these holidays. In our minds, both days should be combined into a family day.

Mending the Broken Connections with Mother

May 7, 2022 was a very eventful day for some of the mothers who elected to participate in the pre-Mother’s Day event held at DeFremery Park in West Oakland. A number of mothers took the time to come out and be blessed with an inscribed journal and a small amount of cash as a thank you for being exceptional mothers, especially in these very complicated times.

The Formerly Incarcerated Giving Back (FIGB) organization sought to extend to the mothers what they had to offer with blessings from the Most High. Members of the newly formed FIGB were pleased to have the opportunity to repay their debt to the community for their past indiscretions. We felt like it’s time for us to own up and do all that’s within our power to make amends to the community.

We hope this is only the start of a new beginning that will help to mend the broken connection that in the past created a lot of adversity toward productivity in our community. May the light of the Savior continue to be that beacon necessary to move ahead in the right direction.

Also, it was very personal for me because May 7 was my survival date on this earth. What a remarkable gift to spend it doing good. One recipient expressed her special thanks for the cash gift because she needed the gas money for work. Another recipient received gifts for an entire group home full of mothers in recovery. Gifts were also delivered to mothers who lack transportation.

Just like Mother’s Day, Father’s Day should be a symbolized day set aside for those fathers who have shown by their actions that they deserve acknowledgment of not only being a parent, but a shining light to fatherhood. Anybody can plant a seed, but not everyone is capable of nourishing that seed with the genuine guidance, patience and understanding, necessary to raise that child as they evolve.

We, the Formerly Incarcerated Giving Back, are partnering with other organizations, groups and individuals to show our appreciation to the fathers who have stepped up to the fatherhood plate.

Fatherhood is everlasting. It doesn’t end when the child turns 18. Being that father year in and year out requires one’s full devotion and attention at all times, without pause. There are too many fathers lacking what it takes to be counted among those in the class of true fatherhood. No one comes into this world equipped with the knowledge of fatherhood. It’s a learned behavior that requires our full concentration.