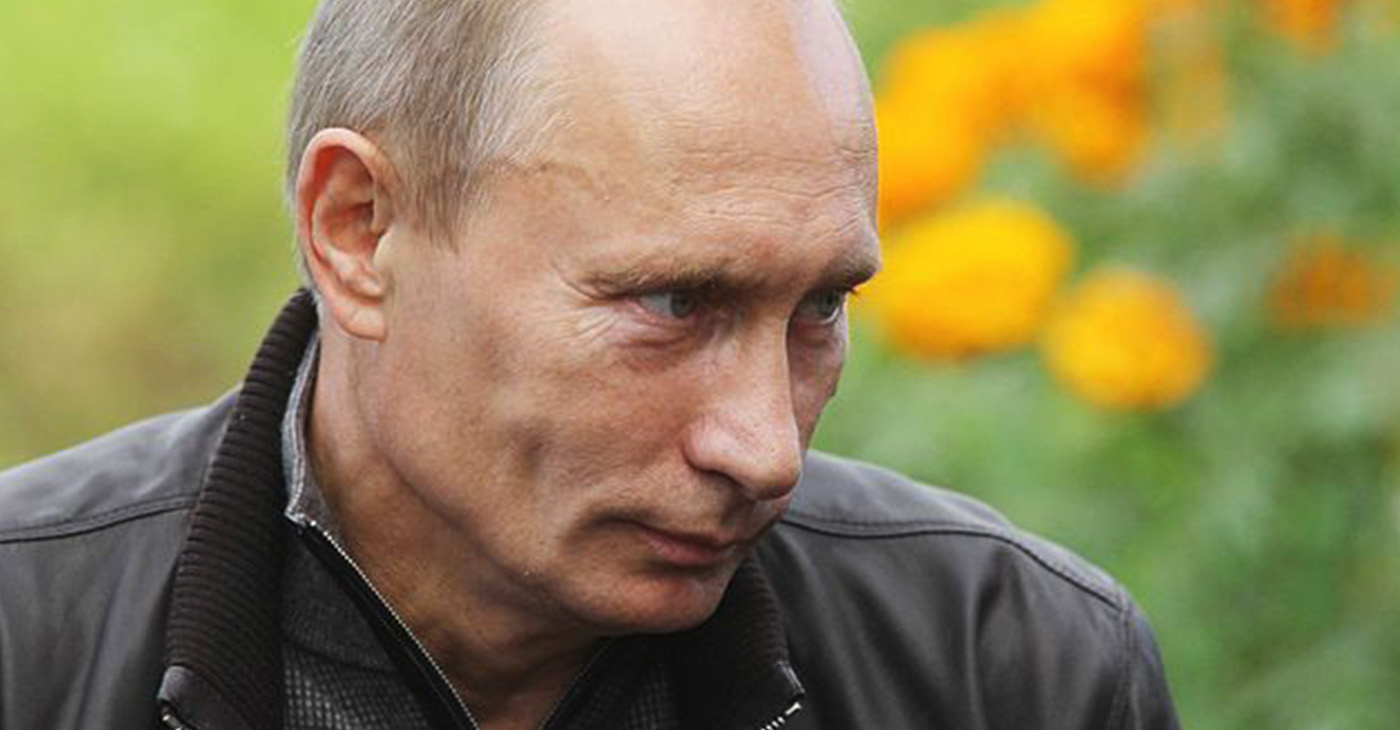 “Yes. Putin IS an evil man and power has corrupted him,” said clinical psychologist Dr. Brenda Wall. “So much so that people hurting and dying has no meaning to him.” (Photo: Russian Presidential Press and Information Office)

I Was Just Thinking

When you hear and see Russian President Vladimir Putin’s name in media and on the Web these days, he is frequently described as evil. For instance:

So, the word of the era right now is “evil.” But what is evil? Most people have their own definition, based on their own standards.

Media images and reports about Russian’s invasion of neighboring Ukraine allege evils that includes blocking about 900 Ukrainian adults and children who were hiding in a cave so that they will be forced to starve to death, bombing hospitals that housed injured and sick children and infants, bombing many apartment buildings where innocent Ukrainian civilians live, blocking humanitarian aid to Ukrainians to force starvation and prevent medical aid, soldiers raping Ukrainian women, murdering more than a dozen journalists and injuring or torturing others, executing some hand tied civilians and leaving their bodies in the streets.

Some Dallas locals have been watching the news as have you and have strong opinions. In general, their views are reactions cased on culture, faith and psychology.

“Yes. Putin IS an evil man and power has corrupted him,” Dr. Wall said. “So much so that people hurting and dying has no meaning to him.”

Historian, educator, faith leader, and community activist Clarence Glover Jr. had a similar opinion. He defined evil as “the indiscriminate destruction of life, without remorse.” Does the term fit Putin?

“Certainly,” Glover stressed. “It’s because he’s killing people, adults and children, who are not able to defend themselves.”

Like Dr. Wall concerning evil, Glover also listed historical realities that he said could be labeled as evil: Adolph Hitler’s persecution of Jews, the 400 years of African enslavement in America, the inequities of Jim Crow laws, the Native American “Trail of Tears” in the late 1830s. “All of these were evil, relative to the times when they happened,” Glover said.

And Dr. Sheron Patterson, the out-spoken senior pastor at Hamilton Park United Methodist Church, “The Park,” said this about evil:

“To me, evil comes straight from the pit of hell,’ she said, not flinching. “Its total focus is to annihilate — with no conscious. It is not satisfied until it has killed, mangled…destroyed everything in its path. Does this description apply to Putin? That’s exactly who I was describing.”

Some researchers say it’s key that Putin’s life experiences drive his actions. Here’s a summary: Putin was born in Leningrad (now St. Petersburg) Russia in 1952. He was his parent’s third child and only survivor after two earlier brothers died as small children in the 1940s, during Germany’s devastating invasion of Russia during World War II. He allegedly joined a street gang as a youth. One of his grandfather’s was a personal cook for both Soviet Union leaders Vladimir Lenin and Joseph Stalin during World War I and German’s killed his maternal grandmother in 1941. Putin’s father was wounded as a Naval officer who battled the German Nazis, his mother a factory worker who almost starved during WWII.

Some researchers say Putin sees Ukraine as a threat because on some issues it favors the West which Putin views as no friend. He was an introverted child who became an icy, remote authoritarian adult. He earned a law degree in Leningrad, Russia, worked as a KGB spy — Soviet secret police intelligence officer – before the USSR dissolved. He moved to Moscow and joined Russian President Boris Yeltsin’s administration in security leadership positions, was appointed Prime Minister in 1999 under Yeltsin and when Yeltsin resigned at the end of the year, Putin — whose growing popularity indicated he was heir apparent — was appointed acting president, soon won the presidential election, and remained president for eight years.

After a four-year time-out, he was reelected in 2012 and remains as President today. One 2016 Hudson Institute report details a suspicious well-timed war between Russia and Chechnya that produced numerous well-cloaked, deadly and devious acts along Putin’s route to top billing in Russia including many deadly bombings of civilian homes. Researchers say a new 2021 constitutional amendment Putin signed could allow him to run twice more and extend his presidency to 2036.

Some historians say Putin is obsessed with Russian history, including his own family roots there. They say his world view is sadly and bizarrely linked to Leningrad, Russia’s storybook, seemingly impossible victory over Germany at the end of WWII and how starving and freezing Soviet fighters doggedly refused to be defeated by Hitler’s invasion and in the end conquered Berlin. The impossible victory gave Soviet Russia hero status – an honor on which historians say Putin keeps an iron grip and clings to the fact that Russia and Ukraine both are former Soviet states.

Dr. Patterson and Dr. Wall both addressed the age-old questions about good and evil and why a loving God would allow a persistent evildoer to prevail.

Patterson summed it up thus: “Here’s my answer about Putin prevailing. A loving God knows that He created strong, loving people. And they are the ones who ought to stand up and stop him.”

Norma Adams-Wade, is a proud Dallas native, University of Texas at Austin journalism graduate and retired Dallas Morning News senior staff writer. She is a founder of the National Association of Black Journalists and was its first southwest regional director. She became The News’ first Black full-time reporter in 1974. norma_adams_wade@yahoo.com

Teachers Unions Countywide Criticize County Supt. L.K. Monroe for not Informing Board of Ed of $600,000 in COVID Stipends to Managers

IN MEMORIAM: Bernard Wright: Funk and Jazz Legend Dies in Dallas at 58